Have you ever been in a social situation where you were expected to play the music. People have all type of expectations for what music should be played in what situation and there are times when they will judge you for the music you play. In those cases, rather than having a escape goat, use Party Room. Social anxiety is a crippling social disorder that is the 2nd most common mental illness in the US according to the Anxiety and Depression Association of America.

This app will help you relieve the social anxiety that comes from having to make decisions. I found a great paper that analyzes the market for such a product here: https://drive.google.com/file/d/1hB8wJljq18PJSeOY3CkCRXyOEzDE62O6/view?usp=sharing

Party Room is a system that will recommend and play music for you based on the people in the virtual room. All you have to do is log in with your Spotify account, and Party Room takes care of the rest. It will go and map all of the songs you and your virtual roommates like onto a mathematical topological space and uses a deep learning and other data science techniques to recommend songs that are new that everyone would like.

Also, is there a particular vibe you are going for? We also go you covered. You can create a dance room or a chill room. The rooms can be tuned to a vibe.

A most special aspect of Party Room is how easy it is to use.

Spotify has people's music history and some attributes about the song. Based on people's listening history and attributes about the songs, I used Neural Nets and other AI techniques to give an accurate recommendation for the songs that people would like listening to. There were complex topics from advanced math classes like randomized algorithms used to deal with the size of the data and accurately same the most meaningful points.

I had never worked with the Spotify API and it took me more than half the Hackathon time to figure out how that worked. As is in most hackathons, I spent more than 3 hours working on a bug that was just a simple caching mistake. I had never ever worked with music data before either. I also am not a "data scientist" in any way so this project was specially difficult. This is a great learning experience in general.

I think I am proud of the fact that I even go this project to work in the first place. I learned about new topological space mapping techniques, and new data science techniques while figuring out how to work with Spotify.

What's next for Party Room

I think that next steps include a more visually pleasing UI and I did not have time to work on that. Afterwards, I think that there are improvements that I can more on performance. I also need to think about collecting data on how often this is being used. 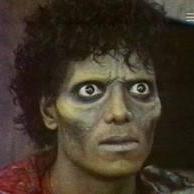