I remember playing catch with my Dad and one day he wasn’t able to throw, it was weird because he was always super athletic and could throw super fast. This continued every day and only progressed. About a year later, he started to get worse and develop tremors. And I remember how sad he could get and it made me sad. Recently, my Aunt was diagnosed with Parkinson’s (about 6 months ago), so I knew I had to step up and try to help them in some way. This is why we’ve developed an app to help patients and doctors understand Parkinson’s symptoms and the progression of the condition.

Park is an artificial-intelligence-powered app that empowers Parkinson's patients, doctors, and researchers to improve patients' health with social connections, enhanced insights, habit experiments, and increased data to improve disease-modifying therapies. The app works on a random forest regression model, a type of traditional machine learning. In researching the feasibility of the app, we’ve tested other machine learning models, including boosted forests and even deep learning, but we decided on a random forest because it works well on spreadsheet data such as the type we get from phone mobility data. The app is overflowing with crafted features tailored for those with Parkinson’s. Users can explore their mobility score for each day and each hour in the day to properly evaluate their habits and medications. The app offers a seamless transfer of data from patient to doctor via an excel spreadsheet. Doctors can easily engage in a treatment plan with a full quantitative understanding of the patient with mobility scores, metrics, habits, and amount of medication taken. People with Parkinson’s can meet others with the same disease through habit experiments. With habit experiments, a group of patients creates a habit they believe will improve their health, and each time they do this habit, it’s logged and the group can observe their score, hoping for the habit to increase while the score decreases. Similarly, users can interact with each other via comments and posts within an experiment group. Park is fully functional and on Apple’s TestFlight, the link to the app is within our submission.

We built the AI-driven model using Python and the app is coded with Swift. We trained the model on thousands of rows of data to get a regression model which will predict the severity of Parkinson’s symptoms based solely on mobility data. The app runs locally on the user’s phone and we’ve also built a web API that can take requests and output predictions based on the exact same model. The app is made in SwiftUI and Xcode, but the principles guiding its predictive modeling can work on any device that either has access to the internet or can predict using a machine learning model.

As we worked on training the model, we found it difficult to find enough high-quality data. Ultimately, we found the model’s performance to be exceptional even with a relatively small dataset. As we gather more users, we will use their data, which they will elect to share anonymously, to continue to train the model and make further predictions even more accurate.

One of our proudest accomplishments is the completion of a fully functional, tested, and published app. Our app is available on Apple’s TestFlight right now for experimental runs. The app has countless features, too many to mention in a short video, yet they are all useful tools for patients with Parkinson’s. Even the buttons are engineered to be easy to use for patients, such as with larger fonts and tremor-resistance, which makes the patient hold down the button to prevent mistaps.

Through this project, we have both learned an immense amount of knowledge on app design, machine learning, and data science. Working through several hurdles, we’ve found faster ways to adapt to new problems and take them head-on. In a relatively short competition time, we’ve learned to prototype quickly and visualize our results. If something doesn’t work, we try to fix it, and if it’s too much of a time sink in the short term, we usually find a good compromise with a feature or implementation that works immediately.

As the user base grows, we will gather more data in a privacy-driven way. The app already features a button that allows users to send their data to us for analytics and we will automate this process as the data grows. In addition, we will find new ways to help patients with Parkinson’s thrive, including individual models for medication reminders and more options for joining group studies. In the future, we hope to collaborate with organizations to help as many people as possible and we plan on submitting to the App Store and creating an Andriod app in addition to the iOS version. 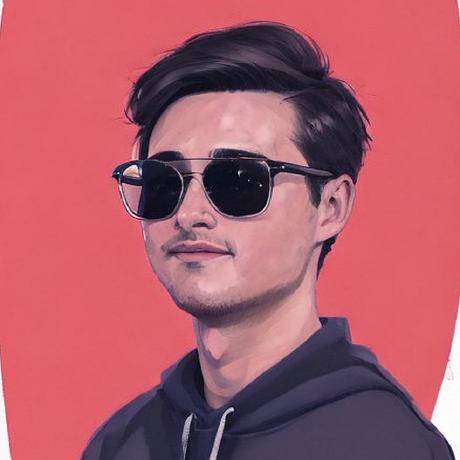