I have to track my time for work. The work timesheet app is ... cumbersome. I heard about an app a while back that would track what you did and enter your timesheet for you. That sounded pretty cool to me!

Sadly, I never did track down that app (so I'm still entering my time manually), but I did write something vaguely similar in AutoHotkey, a Windows scripting language. My AHK script tracks mouse & keyboard activity, and logs active and idle time to a disk file, along with the title of the active window, every fifteen seconds. I load the file in a Vim window and set it to autoupdate. I have a long, complex search expression that highlights (some) "work" activities. (There's a screenshot of such a Vim window attached to this submission, though I didn't replicate my "work-related" search.)

This script, rudimentary though it is, has frequently been very handy in figuring out what I did at the end of a long and busy day.

It's okay, but it's not great. It has many limitations and drawbacks.

This is what I wanted to build:

Well, that's what I wanted to build.

As of this writing, the web client does not auto-update, or allow you to retrieve previous entries (though the database does store them all, so all it needs is some client & server updates). It cannot search, much less save searches as tags. And the sensor's detection of active vs. idle time leaves a bit to be desired. (And in the course of all this development, I downloaded the AHK source and found out that AHK has a lot going on under the hood, just to tell me how long it's been since I last pressed a key. My mouse/keyboard tracking is a bit less sophisticated.)

That said, my app already has some advantages over my AHK script. For one thing, I can check it from any browser on any machine. And anyone else can use it, not just me.

Where to find it

You can login there now. http://plexiform-leaf-835.appspot.com/. (It's a weird URL, I know, but that's GAE for you. When I figure out how to change it, I will.) You have to have a Google ID.

My original GitHub repository from January 2015 is at https://github.com/gophergala/panopticon. I pushed pretty regularly throughout the competition.

The repo has the Windows sensor, which is a stand-alone Windows program, at https://github.com/gophergala/panopticon/raw/master/sensor/sensor.exe. To use it, first login to the website, to establish your user ID. Then download the program, open a "cmd" window on your Windows box, and run "sensor ". The sensor prints a line of output every time it sends an entry to the server. Hit "reload" in your browser to see what it's sent lately.

Disclaimers: There is no security yet. Anybody that knows your email address could push events "as you". As the product owner, I have access to all data. It's not something I plan to look at, but I thought I should point it out. And since the product is basically still in beta, I may have to delete the data store at any time. This should not be considered a "ready for production use" service.

The repo also has all my unit test code. And they all pass, as I write. (But they won't pass for you, because the code that tests the "window title" function looks for a particular window ID, which you of course won't have. But you might be able to figure it out with a little poking around.)

I have a design document where I thought about my app in advance (but wrote no code), and kept some notes of my activity throughout the competition. It's at https://docs.google.com/document/d/1NPsKcV_RiUxC6brSzOAglJBd4t3bM3GlS7MIDPX8xkc/edit?usp=sharing; feel free to check it out.

My AHK script is here: https://github.com/theclapp/track_window. It inspired my work on this project, but I didn't use any code from it (well, obviously, it's in AHK, not Go! :). And AHK itself is in C++.

This was a solo venture. I didn't collaborate with anyone.

I'd like to thank my wife Roxanne, for being so incredibly supportive this whole crazy weekend. Casey for putting this together. The judges. The Go community, and the Gala competitors that hung out on Slack. The Go authors. Google. Mike Whatcott and Matt Holt at SmartyStreets, the authors of GoConvey, the Go unit testing tool I used.

And a shout out to Charlie Stross, whose book Glasshouse gave me the idea for the name of the project ("Panopticon"). See here and here. 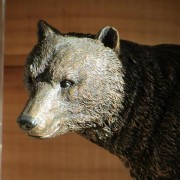