Today's buyers are moving targets. They're mobile and global, and they're always on the go. So 'corePHP' designed paGO Commerce to help you go with them. paGO grants you the ultimate commercial trading passport to go anywhere, and sell everywhere. The paGO team keeps the codebase fresh and new, so you're ahead of the always changing demands in the mobile marketplace.

paGO Commerce is a powerful new Joomla extension, built by 'corePHP' to replace the aging VirtueMart extension for all Joomla ecommerce applications. Our core codebase is easy to customize, and paGO is modular. Unlike VirtueMart, no core hacks are needed, so core updates don't trigger anxiety attacks; they're a breeze. paGO is intuitive to learn and easy to extend, and security, PCI compliance and support are always our highest priorities.

Easy to use and fast to deploy, paGO Commerce has native currency conversion, discounting, and more. If you've got professional expectations for your site, you need professional grade software. paGO was built for perfectionists, who demand the best business technology. No legacy code, temporary hacks, aging security vulnerabilities or DIY support

Why Developers should take notice to the paGO Commerce ecosystem

Easy Migration From Other E-commerce Carts

It just doesn't get any easier than this. Whether coming in from Virtumart, Hikashop, Redshop or MijoShop, paGO Commerce for Joomla! makes your migration a breeze! paGO Commerce automatically migrates your categories, items, users and orders without needing any interaction on your part. Coming from Magento Go or ProStores? paGO Commerce is the perfect choice! Setting up your shop is simple and straight forward. No confusing configurations, time consuming variables to turn off or on, and best of all, it all just makes sense, so you can get up and GOing fast!

A Strong Core to Build On

paGO Commerce is core software, without falling into the trappings of other e-commerce solutions. The 'corePHP' team engineered just the right balance of power and features built into the core. Then, add all the bells and whistles you want with plugins, apps and themes, but the core remains clean, independent, and at full power.

This not only keeps paGO Commerce hack-free and performing at its peak, it also helps make paGO perfect for practically any business. Great for marketers and site owners with advanced sales and marketing needs. It's also the perfect solution for professional sitebuilders and integrators to build their own e-commerce integration empires on!

paGO Commerce Is Mobile Your buyers are mobile. You better be mobile too. paGO lets you sell to them on any device, wherever they go. Hence our slogan: Go anywhere, sell everywhere.

paGO Commerce Is Futureproof paGO is easy to deploy and adapt to fit your business and your customer profile. It's modular, with futureproof code so you can customize with no core hacks or work-arounds.

paGO Commerce Is FREE Download it now and get selling! paGO Commerce is road tested, premium grade open source e-commerce software your business can rely on, from developers you can trust.

New Update ‘corePHP’ is pleased to announce paGO Commerce for Joomla! now powers over 1,200 eCommerce sites. A majority of that growth has come from VirtueMart users and integrators, followed by first-time entrepreneurs and e-store owners. The main reasons for the move to paGO Commerce has been for performance and code flexibility, followed by security and responsive support concerns over other brands.

Developers are always welcome as paGO has the ability for you to easily create plugins and sell to the audience we are building. We are creating an developers ecosystem to help drive business to other development companies and freelancers.

What roadblocks has the team encountered & surmounted?

What product that you build does not have roadblocks. They all do. paGO Commerce is no difference. But our team is ready to take on any challenge that comes. The biggest roadblock we ran into when building paGO was two things.

Thing 1: When we first started developing paGO it was developed for Joomla 1.5. Then Joomla changed how they would do releases and support. This changed several times in the process and we had to consistently change our plan and code for the platform putting us more and more behind schedule to releasing a stable product. Finally with a stable release plan presented from Joomla we where able to get back on course. paGO Commerce released stable beginning of 2015.

Thing 2: As technology advanced over the years new stuff has been introduced from methodology to coding standards. We tend to stay as current. The biggest change was responsiveness of the front end and backend. This has been our focus on making the platform as mobile friendly for our users.

What’s next on the roadmap?

SEO WingMan: When it comes to SEO optimization, you know you need it to keep your site ranked high, and on your prospects’ radar. That said, you also don’t want to get hijacked by “SEO experts,” paying them a small fortune, without learning how it’s done. To keep gaining altitude, what you really need is a co-pilot – a built-in wingman – there as needed to guide you and help you keep on the flight plan, connecting you to your customers.

With that in mind, this fall, we’re launching a vital new feature of paGO Commerce 2.0 called SEO Wingman™. So you’ll have SEO support, guidance, and easy-to-use workflows, baked right into your paGO dashboard. What the joystick did to simplify and advance flight, we’re doing for SEO. With paGO 2.0, you won’t need to be an SEO expert to do SEO right.

One Page Checkout update: With this latest update it will help with less abandon carts and more conversion. 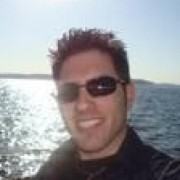