P Fitness is attempting to provide social pressure to people to start working out and get fit. When people decide to start a workout regiment they are very excited and confident about it for the first few days/first week. But as a week or more passes and time goes on laziness tends to set in and people become less disciplined. P Fitness attempts to capture users when they originally decide to start working out and are still very confident. They enter their goal for the number of times they want to go to the gym each week. Every week following, if they don't meet their goal, P Fit will automatically post to facebook and show all your friends that you did not meet your goal and were lazy about going to the gym. A call will also be sent to you at the end of the week via Twilio either praising or reprimanding you on your effort during the week. If you had a poor effort, a "pump up" song will be played on the phone in order to get you excited about working out. The idea behind our app is that people are more likely to work out if they know that they're friends are all going to know that they didn't. We are attempting to use the power of social pressure to change the world of fitness. 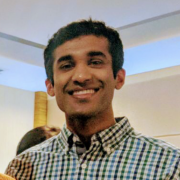