Being as one of the Solana launchpad, staking OXS is one of the requirement for users to take part in Oxbull's IDO.

A timelock staking app allowing user to stake a custom SPL Token (OXS) and earned back OXS as reward. Withdrawals can be made after a predefined period of time.

The program is using Solana Web3 and Vue.

Rapid development of Solana ecosystems forces our development to be built on a very fast pace. Since we are already maintaining a community, the need for our app to support wallets in multiple platforms is essential. We need to be very flexible on making changes and make the app highly maintainable to adapts the rapid developing of Solana ecosystems.

We have already launched the beta version of project just one week before the submission and there is already community of users successfully stake, claim, and made withdrawals via our Vue web app. There are problems on staking and viewing staking information on the first days of launching, and we managed to solve all the issue just in one day.

Compared to existing on-chain timelock staking app, we featured a simpler UI/UX to stake, claim rewards and withdraws, all staking information such as user balance, total user staked, total user claimable and pending withdrawals are viewable in a glances.

Being the first project we ever launched, we have learnt to use solana ecosystem tools, command lines and library to deploy our first program and built. 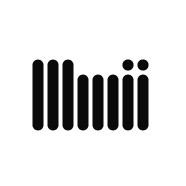