There are so many well known tools out there for code quality - linters, automated browser tests, static analysis - but no matter how many of those tests you write, it's still very possible that you're going to miss a lot of small unnoticeable UI changes.

This becomes more prominent when working on a large codebase, with an increasing number of developers touching it. As the codebase grows, it gets harder for humans to notice the small errors, but, fortunately for us, computers are great at this. Because of the proliferation of front-end technologies and the increasing demand of responsive UIs, it is more important now than it has even been to have these kind of checks.

This idea was born out of our own frustrations, as developers, and we approached this weekend solving a problem that we knew could be solved well. There are some tools like this, but what is lacking is the integrations with existing code systems. Tools like Travis CI and Code Climate have done a great job at embedding themselves in the developer workflow in a way that visual regression tools have not been able to.

We started with GitHub because developers use it a lot, and the integrations they offer are incredibly powerful. We also leveraged other technologies like Rails, to provide a simple interface, Docker to run isolated builds of user applications, and the Google Cloud Platform to host our application.

We successfully integrated with GitHub, and plan to integrate with other tools in the future. 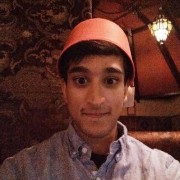