The Open Observatory of Network Interference (OONI) is a project led by the Tor Project, which aims to aggregate, and make available open data, and observations associated with various types, methods, and amounts of network tampering taking place in the world.

Journalists, technologists, and legal scholars can use these observations to help paint a picture of where in the world incidences of network tampering are taking place, and by which actors such forms of interference can be attributed to.

At a high-level, the goal of OONI is to detect the presence of network devices which perform seemingly passive network traffic discrimination, or interference, as well as to help researchers understand what types of content are being targeted for discrimination by a given actor.

Our project aims to help journalists, and citizens living under censorship select the correct operating mode of Tor in order to ensure that state-level actors cannot infer that they are using Tor. In certain states, the act of using Tor, or other non-standard encryption protocols may be viewed as a form of resistance, which is punishable by local, or national authorities.

In some instances, the topics which dissidents may be communicating about may cost them their lives if they inappropriately use this technology. Our hack aims to help dissidents make informed decisions by analysing where in the world network tampering is taking place, specifically with regards to attacks on the Tor network. 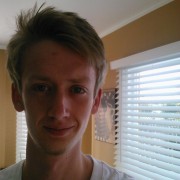 Due to how well-received the project was at Hack the North, development will continue on to help increase awareness of state-level network tampering.