In 1997 David Bowie made history by packaging-up royalties from 25 of his albums as asset-backed securities and issuing them as what has become know as the "Bowie Bonds". Purchased by Prudential Insurance for $55million, the Bowie Bonds enabled the starman to to buy back his entire catalog and yielded a 7.9% APR for Prudential up to maturity a decade later. Imagine the musical renaissance if any artist across the music industry could access such powerful financial instruments...

Fast-forward to 2021, and while it is increasingly rare for record labels to offer advances to artists, there is more money locked in DeFi than the entire music industry made all year. Just as independent artists leveraged web 2.0 to manage their own distribution and promotion, with web 3.0 there is an opportunity for artists to regain financial control of their careers. NFTs offer the tooling to open-up financing for artists from the fiercely independent, to well-established legacy acts.

The NUSIC NFT music bond is designed as a standard to enable music creators to receive advances on future streaming income, giving fans and investors alike an opportunity to define the next generation of music, while sharing their success. Conceived as a chain-agnostic standard to be utilized across existing and emerging NFT marketplaces, our goal is to empower any musician, artist or institutional rights owners with sophisticated tools to maximize gains from their copyright.

Music streaming is a digital-first technology, which has numerous verifiable data sources, therefore NUSIC bonds are focused on future streaming income, rather than music publishing in its entirety. Any rights owner with a Spotify for Artists account can mint an NFT bond, and by providing a collateral deposit for a single quarter the smart contract is able to offer a face value over the term of the bond, computing a rating based on artist popularity and quarterly collateral deposits.

The artist can fractionalize the bond, so they can offer it up as a collection on their NFT marketplace of choice. By making regular collateral deposits, a NUSIC bond issuer is able to maintain the rating, indicating the risk profile of the asset to the NFT holder. The rating engine is inspired by the work of rating agencies such as Fitch, Moody's and Standard & Poors, but designed for DeFi, meaning that the top ratings or investment grades are only possible through overcollateralization:

The rating names differentiate from established bond ratings. Maintaining the minimum collateral payments means the bond is rated in the top speculative grade, while there is a one quarter grace period before dropping to the lowest rating. The NFTs are dynamically updated over time to visualize the current rating through the color hierarchy referred to above.

We've teamed-up with world-renowned producer, DJ and artist Howie B to issue the first testnet bond as a demo, he's looking to produce a new music video with visual artist Hiraki Sawa in the run-up to the release of his next album in 2022. Financing this project with the NFT bond offering will have the knock-on effect of boosting Howie's YouTube following and Spotify listeners, which may increase the bond rating over the term. Let's bring the Howie Bond to mainnet in 2022!

"The music industry has completely transformed in the twenty-first century and NUSIC: NFT Bonds gets musicians ahead of the curve in this brave new landscape... I've been waiting for something like this to come along for years and am delighted to be the first artist to utilize this exciting technology"

How about if a live act has been impacted by covid, and needs a helping hand financing their next tour? We've modelled what a band like The xx could expect to raise in an NFT bond offering based on their current number of listeners...

Finally, what would happen if the estate of an established legacy artist was to offer an NFT bond? The Johnny Cash estate could use these funds to re-master and re-release his entire catalog, buy back outstanding rights from third parties or simply re-invest the proceeds back into the yield maximizer to compound the raise from the NFT music community.

In order to deliver the music data to the NFT we utilized the Chainlink AnyAPI feature, delivering Spotify listeners from Chartmetric and YouTube subscribers directly from YouTube's API endpoint, which makes the relevant data more accessible than Spotify. The dApp frontend was built using react.js and we used node.js for the backend, hosting the server on Google Cloud. We've used IPFS for hosting the NFT metadata which is dynamically being updated with Pinata so that the latest data will be available in the NFT, ensuring the streaming numbers are being fed-in and the correct rating artwork is being displayed on the NFT. We deployed on Rinkeby so as to be compatible with OpenSea and rather than fractionalizing a single NFT that holders own a percentage of, multiple NFT bonds are minted so they can be displayed as a collection.

Initially we set-out to spoof an entire music data oracle network, setting-up servers as data provider nodes feeding from 3 music data APIs, and creating an aggregated feed for the NFT with no single point of failure. However the current OCR aggregation method had no documentation, and running feeds isn't even officially supported; as a fall-back we started off by re-factoring the old FluxAggregator method so as to be compatible with the latest version of Solidity, but continued to face issues with this and eventually elected to utilize the AnyAPI feature so as to focus on building out the dApp itself.

We originally intended to use the Chainlink external adaptor for requesting the NFT token URI, but were unable to return the string (file location of the artwork) - as bytes32 was unable to store the whole string unless we split it into parts.

The UX has more approvals than would be ideal, especially on screen 4: Deposit, as the asset pool needs to be created before a deposit can be made. There is also lots of data that gets surfaced in My Dashboard and this may currently be overwhelming for users unfamiliar with DeFi protocols or structured financial instruments. Simplification is the next step!

We've got a live demo running on the Rinkeby testnet that enables minting on Opensea, each NFT includes real-world streaming data from the issuing artist and can be fractionalized into a collection. The first iteration of the rating engine is running with beautiful fractal artwork, we've been met with an enthusiastic response from the music industry and have onboarded producer Howie B who is preparing to mint his first NFT bond. This is a strong foundation for a mainnet launch.

We delivered all this as a remote team operating between four continents, and have welcomed three new team members as part of this hackathon who all delivered exceptional results. We believe that the musicians that leverage NUSIC bonds will emerge from all corners of the globe, and are excited about the capacity of this technology to financially empower a crypto-native generation of artists, bringing music that would never before have been heard, to eager new audiences.

When we started the hackathon we had a limited understanding of how decentralized oracle networks are solving the oracle problem, and were more driven to introduce music streaming data from a single source, such as Chartmetric, which is already aggregating multiple different music streaming sources into their API. However, on studying the Chainlink docs and resources provided in the hackathon, the raison d'etre for decentralized oracle networks became apparent, and this led to tracking down another two music streaming aggregators as well as creating a plan to leverage streaming APIs directly.

The data we are looking to introduce to the Chainlink network is unconventional, but with multiple aggregators on the market and some streaming services providing accessible APIs there is enough data available for a decentralized oracle network to be effective. The NUSIC bond use-case is one example which can drive the adoption of the network, and we can also have a first mover advantage as a data provider and node, potentially utilizing Spotify for Artists data, as we intend to leverage the real artist accounts for verification purposes. Bringing music data on-chain is an opportunity to drive the entire music industry towards transparency, without cannibalizing the business models of existing music data providers.

There are three important components which will enable NUSIC to become established as powerful DeFi infrastructure for NFT music bonds. The music streaming oracle network itself, the yield maximizer that multiplies returns, and the NUSIC DAO, which has the potential to ground the protocol in the real world and invite contribution from the music industry.

Bringing these data providers into the Chainlink network will also enable the existing on-chain music projects to innovate with new use-cases, while artists and tastemakers can complement their web 3.0 presence with their existing web 2.0 data.

In order to maximize the bond coupon rate for NFT holders while minimizing the further collateral deposits and interest payments from the bond issuers, a portion of the advance can be allocated to the Yield Maximizer. We are looking to leverage Sushi's Bentobox vault and/or other strategies/protocols so as to provide maximum yield for market participants.

The NUSIC DAO will enable real-world music streaming invoices and/or music catalogs to be provided as collateral, in order to give more security to the bond holders. NUSIC governance will advance the refinement of the bond rating engine, and enable DAO participants to access further music investment opportunities through the strength of the network. 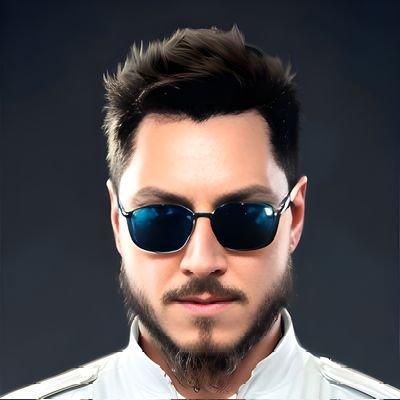 Though the hackathon is now over - we've been exploring some of the threads we were unable to get to during the event itself. Largely the yield maximizer and DAO, looking especially at incorporating some of the exciting ideas from DeFi 2.0 that could really have an impact on the yield opportunities for both the NFT issuers and holders. Rob has also been busy refining the Bond artwork further, here's one of the cool concepts he's been working on: