NuntAgri was conceived, designed, and prototyped during the fall 2016 HackPSU hackathon by a team of 5 students from Penn State Harrisburg. We decided to accept the challenge presented by Thought For Food, and started looking for improvement potentials for the world's food supplies and supply chains. The inspiration behind the manifestation of NuntAgri mostly lies in revolutionizing regional-based food distribution logistics through means of crowd-sourcing. The operation of this application consolidates the entire experience into one simple process to be used by food sellers, buyers, and the distributors in between.

NuntAgri would be a service offered anywhere through SMS, leading to a worldwide user market. All users start by establishing their personal accounts as either a seller, buyer. or transporter of food. Once established, sellers may send a text message which initiates a conversation with our chat-bot, and input their desires sell orders. Potential buyers may then initiate a text message conversation with our chat-bot to search these sell orders, and purchase them at will. Once a purchase has been made, the closest user classified as an intermediary will then receive a notification text message, with pickup details and delivery details. The intermediary will then act in a transporter role in order to fullfil these purchases.

We first set up an EC2 instance on AWS and put a load balancer on top to handle our SSL Certificates. We then wrote Node.js backend code to connect facebook's api with our Wit.ai bot. Then we forwarded all sms and facebook messenger conversations to the bot which then preformed actions defined by us.

The first major blockade that we encountered was when we attempted to get SSL certificates to make our website an https site. The rest of the hackathon was plagued with wit.ai recognition issues. Most of the coding time spent on the chat-bot was in order to correct problems that the machine learning algorithms were causing.

We are proud to have made an application that uses a machine learning bot, made with wit.ai, to assist food producers in the third world where the infrastructure may not already be available to facilitate this level of coordination. Producers, transporters, and distributors will now have a higher level of communication than ever before using readily available technology.

We built a full stack all while learning how to manage a logistics tool to assist with agricultural problems in the third world. We also learned how to manage SSL certificates, and we took our first steps into machine learning techniques.

The end goal for the project is to move away from Facebook messenger and use the intended SMS features that are available on all cellular phones. This will allow us to better reach our intended audience in poorer third world countries. 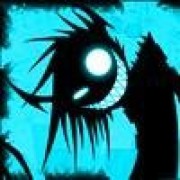