Quadcopters are awesome. Using souped up parts to make that quadcopter from scratch is even more awesome but equally challenging.

Like other quadcopters, it flies through the air like a majestic bird. Except this bird can fly ~ 60 mph, and up to a kilometer far away.

We used Fusion 360 to design the chassis from scratch, and dissected a wii remote to communicate directly to an arduino. That arduino uses long-range radio signals to communicate with a second arduino that processes flight information (using a gyroscope) and controls flight itself.

3D printing the chassis took multiple long-time iterations, ended up printing two halves that we had to assemble.

The fact that we've custom built a quadcopter instead of just buying one. Plus, we can use multiple input sources to control it if we wish too.

What's next for Nunchuck Quadcopter

After working on the stabilization algorithm, we can expand our input sources for flight control to include any custom controller we like, or using voice control. If we had more time, we would have also attached a camera in order to see a first hand view of where it is flying 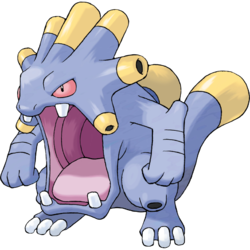