During the ShellHacks kickoff where we played Quiplash, it was a blast playing the online game where each game is as good as their users' creativity. Additionally, I just sold my headphones, so when Chase Bank said they were giving away headphones as a reward for their challenge, I decided to make my hack an interactive game between two teams about CS topics.

My webapp's setup is similar to Quiplash, has a host open a lobby, and users enter a lobby picking one of two teams. Whenever the hosts decides to start, the users are booted into the quiz.

Used Flask as a backend, mongo for the database, and foundation CSS to help build it.

Mostly time limits, I have a lot more features that would make the game more fun and/or funny, like Quiplash. Like implementing a quiz system where one group can interact with the other group's question before the other reads it, or setting up a python VM to run code, so that I can ask easy algorithm questions, and points are awarded for being the first to obtain the desired output, as well as points for being faster than the other group.

Additionally, making the game less serious with voice-acting like Quiplash would greatly enhance the enjoyability of the game. 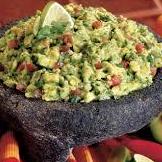