Twitter shows that words can be extremely impactful. In a mere 140 characters, a person's self esteem can be crushed. These harassers may not be aware of the impact of their words. We want to draw awareness to this impact, so these harassers will reconsider sending these types of tweets out.

We constantly scout for tweets harassing people. Once we have found the tweet, we return a quote that allows them to reflect on their hurtful words.

We're using Twitter's API in order to gather tweets that contain harassing words toward other people. We feed these tweets into the IBM Watson's Alchemy API which allows us to analyze the emotion of the text. After confirming that the tweet is considered harassment, we use Twitter's API to retweet the harasser with a quote that allows them to reflect on their hurtful impact.

It was difficult consolidating different stack technologies into a standard format.

We managed to create a working prototype within 36 hours.

James Wang - Project Manager, created the idea for the AntiHarassment campaign, oriented team towards our core features. Contributed to developement of the twitter bot.
Branden Lee - Created the twitter bot that would take in random tweets with the word hate, which symbolizes negative feelings, and send positive encouragements and quotes back to the person every minute. connecting the twitter API with the Alchemy Lab API. Jeongsu Park - Working on the FrontEnd part (Creating a website to visualize, embedded twitter timeline into the website) Dave Pham - Researching different APIs, created the framework for website developed.

What's next for NewLeaf

Team up with a nonprofit that brings out its full potential. 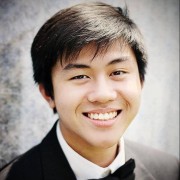