Notai lets you send payments to anyone with your own condition. Your payment is only released when certain criteria on the internet is fulfilled. Notai runs as a decentralized service on a blockchain, which means your payment is secured and resilient to data loss. More importantly, your decision is executed exactly the you want it without possible interference.

The service introduces the ability for an individual on the blockchain to create an escrow account and transfer funds to it, which can be designated to a recipient account. The recipient can then release these funds when a particular condition is met. The condition would be specified by the sender along with a payment expiry date. If the condition is not fulfiled by the time of expiry, the sender can cancel the payment whereby the funds will be transferred back to the sender account.

Having to build on the new Neo N3 platform which is new and still in beta, we faced a lot of challenges in terms of learning resources. While there were documents around the community to help us sometimes it was different to distinguish whether they are supported in the new N3. Many examples we came across were also meant for the older versions of Neo.

What's next for NOTAI

We have successfully developed the proof-of-concept, minimum viable application which consist of the smart contract, frontend web application with the ability to open a wallet and to make and receive conditional payments.

Our next step is to prepare a holistic roadmap of the product where development efforts will focus on enhancing the application's security and to enable external party integration through our API. Shortly after to perform a soft launch or beta of the service. Future stages of development will include integration with other events on chain. Expanding the team to onboard additional developers is also in the plan. 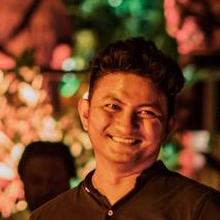