Gender Bias and the Myth of Pink and Blue in early Childhood Adolescence.

Value Proposition: The idea of ‘otherness’ is central to the ways in which social identities are constructed. The representation of different groups within any given society is controlled by groups that have greater political power. In order to understand the notion of The Other, sociologists first seek to put a critical spotlight on the ways in which social identities are constructed. Social identities reflect the way individuals and groups internalize established social categories within their societies, such as their cultural identities, ethnic identities, class, religion, gender and so on. These social categories shape our ideas about who we think we are, how we want to be seen by others, and the groups to which we belong. They are however, first shaped by the Myths put in place by those groups hoping to maintain power. Many of these myths are not only damaging to the human rights and basic dignity of marginalized groups, they undermine entire cultures and diminish our society as a whole.

There are, of course, many real differences between social groups, and even more differences within those groups, but many of the persistent myths of ‘Otherness’ are just that, Myths. They exist only in the imagination of the believers. By experiencing life as ‘the other’, the user can become what they are not, allowing for greater understanding and empathy. Participation in these immersive experiences will demonstrate the harm that perpetuating these myths can cause. The user will experience the truth behind these persistent myths of difference as the falsehoods they truly are. 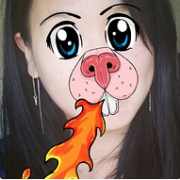