We wanted to think of a cool game that would be fun to build. As 3 programmers who have used Unity before, we wanted to make a complete game. We chose something simple so we could see it all the way through and really nail the end result.

Its a domino game! Not the pizza. Basically, you as a player have the freedom to create pre-built tracks with dominoes on them, move them around and press go to watch them all topple one by one. Its very satisfying!

We used Unity 3D for the game, Blender for the 3D models, Photoshop for the wood, lava, domino and one of many rock textures we had. It was build in C#.

We ran into problems with GitHub above all else. Unity has lots of metadata files that are required in order to build the scenes where 3D objects are presented but they are so inconsistent across machines that we couldn't push from more than one computer.

I would say 95% functionality, 100% satisfaction and we probably stayed up the longest at the hackathon.

What's next for Not The Pizza

We will deploy it to the web or something so people can check it out! the link will be posted later! If not here, then check up on link 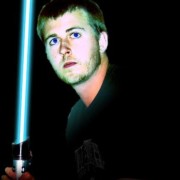