We took our inspiration from the KWS performers and the guest conductor for Eroica in whose own words stated that they wanted to find more ways to breakdown the 'barrier' that tends to exist between a performance and the audience during a symphony.

The highlighting of the performer is what helps the audience establish a connection with a specific performer or helps a new concert attendee understand where a specific sound may be coming from when it’s played.

The position of under the seat is key as it is less distracting than overhead/projected lights or projected images.

Our biggest challenge came when we realized that if we took the raw accelerometer data from the Myo and sent it directly to the LED's that it would create significant flicker and it would be distracting.

While we haven't completely solved the problem we believe a smoothing solution is a better option. In this smoothing solution we illuminate to a calculated value state based on the rate of stroke and then fade until the next data point. This will create a much more eye friendly transition and be significantly less distracting.

Ability for our whole team to use their strengths to work on the core pieces of implementation, and for the sheer number of ideas we were able to generate outside of our chosen project.

That creating a method to smooth value transitions is extremely difficult and time consuming.

What's next for Northern Lights 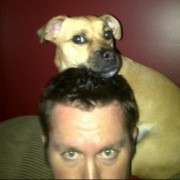