I used to run an office where different companies that I've cofounded were working from, sort of coworking. In a second stage, we open doors to external companies and start discovering the office space business.

I discover how idle capacity and fix costs were a big part of the equation, and started considering that there was an opportunity for a twitch.

While traveling and moving from bar to bar, that twitch became an idea: the flexibility provided by these open spaces was not enough for coworkers, and there should be a way to better deal with idle capacity.

Nomad gives users an alternative to a fix and unique coworking space, offering the option to work from any space part of our network, while giving coworking a great tool to maximize their utilization.

While running the office as a coworking, we start building alliances with others spaces, so that our coworkers would have an office space in other cities. We used to manage all that through phone calls, emails, whatsapp messages, bank transfers and using calendar to know other space's availability.

That's when we define the process and validate the product/market fit. What came after that, was sitting with my partners and start designing a software platform to support that operation and provide users with a user friendly app from where they could choose the space that would best suit their needs.

The main challenge was getting coworkings to understand the concept, but we overcame that by creating a web platform from where they were able to publish their spaces in exchange of a commission. In that same website we start promoting Nomad as an option instead of signing a contract for a single space. They started asking us to be part of it.

We are proud of having built an MVP in less than 4 weeks, which wouldn't have been possible without the help of our tech companions: made2, now cofounders at Nomad.

We are also proud of the way we found to auto-convince coworking to be part of the network, in such a way, they started asking for it: simply showing them the opportunity and filling the need, instead of trying to position the offer.

COVID was an opportunity to accelerate culturing process of the population, at least in LATAM.

What's next for Nomad

We want to extend our network of coworkings, launch second version of Nomad and do not take too long to start operating in other countries. For Nomad, geography, market size, culture or language is not a limitation whatsoever.

Public link for try it! install.appcenter.ms/orgs/cocowo-nomad/apps/nomad-1/distribution_groups/public%20testers 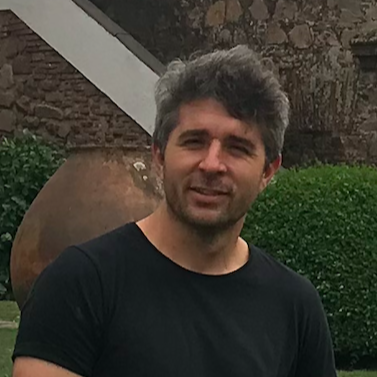