Specs : Players retention in VR centers is a key performance factor since returning players already have some experience playing the games. E-Sport can increase players retention through different ways including motivation to train, improving performances and measuring players against each other in competitions Help VR centers explore them to ensure players will come back while taking into account the importance of the social dimension of VR centers (people come and play with friends, family and colleagues).

Nokelebek is a project developed to enrich the experience of the gamers who play in VR Center. The people can collect XP's belong to VR Center, run with other players, and get their local stats. Players can get prizes and more games with their XP's.

As a team, we picked aspects that catered to each team member's area of expertise. The project was divided into modular portions which made the overall task less daunting to accomplish.

The value of teamwork and the power of a simple concept.

What's next for Nokelebek: Next Generation VR Game Launcher

We hope to package the application in a distributable and make it public for others to enjoy! We plan to incorporate biometric sensors e.g. integrated with your smart bracelet, to allow for more inputs to creatively control the game world 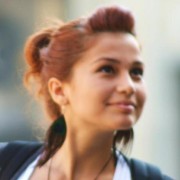