We LOVE playing Cards Against Humanity, but carrying around the big black box is cumbersome.

The game server and logic were written in es6 javascript, and powered by nodejs, express and socket.io. The client-side architecture was written with jade and stylus for html and css preprocessing respectively and our views were written with ReactJS.

Most of our team consisted of first time web app developers, so the process of ramping up took longer than expected.

We got a simple MVP working! 95% of our UI was completed (minus styling and animations) and we were able to successfully create a simple game server using socket.io that allows users to create and join games.

What's next for nity

A nice facelift. We also want to package the app as a cross-platform package using electron 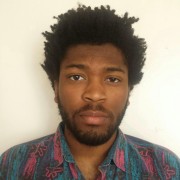