In our many years as friends who play video games together, there have been a lot of times that each of us have done things that others have not agreed with. In those moments either our personalities prevented us from offering constructive criticism or we didn't communicate our disagreements as effectively as possible.

NitPik uses Android, React & Redux on the client and Koa & Node.js on the server.

It took a long time to successfully implement a method that would extract a user's friends from an endpoint on Facebook's development API.

In less than 36 hours we managed to create an app on both the web and android. 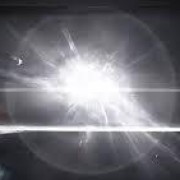