Imagine this... you just got home from a long day of work, you toss your phone down on the NFC tag you keep on the counter. Immediately after this a series of commands you dragged and dropped in before are initiated. Your bluetooth lights turn on, your nest sets itself to the perfect temperature, your music starts playing, and you send a text to roommate that you got home.

Anything is possible with NFCompanion! We have commands such as Twillio integration, Target, NEST!, alarm clocks, GPS routes, and more!

Just think of how easier your life would be with NFCompanion. Get in your car and have your phone started the GPS to work and music play.

After a successful NFC application at MHacks six, Tristan and Adam teamed up again to build something else along with their good friend Selynna.

NFCompanion allows the user to simply place their phone on an NFC tag located in their room, kitchen, or car, that will preform the tedious tasks that typically occur in those places.

The entire application was built using Java and the Android Framework, with some firebase backend.

Some struggles occurred using the FirebaseUI library for displaying lists.

We are proud to have built an app that functions as we had expected from the beginning. 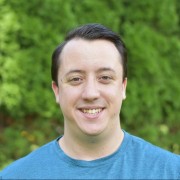