Kasra was chilling in Peterborough and he passed by a museum. He really wanted to go, but had a presentation to go to right then. BOOM an idea hits him - what if he were reminded to go to this when he had time? So began the train of thought which led to NextTime

NextTime allows you to create reminders that, as far as we can tell, are not provided by any of the bajillion other reminder apps that exist.

The second of these is 'classes' of locations. Rather than looking at a specific location, we allow you to set reminders for vague things like 'coffee shop', 'grocery store', or 'ATM'.

We used Swift to make an iOS app that pushes and retrieves location data from Firebase.

Only one of the four of us had ever worked with iOS prior to this weekend, so there was a LOT learned on that front.

What's next for nexttime

Further classes of smarter reminders, such as those look at what kind of 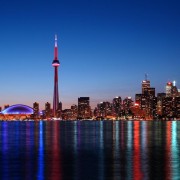