Get five photos in a row, horizontally, vertically, or diagonally, and you get Bingo! Share it with your friends, or check your status (and everyone else's) on the leaderboard page.

News organizations used to be able to get user-submitted photos just by asking for it on their websites. But increasingly, they've had to turn to social media streams like Twitter and Instagram as mobile use increases and use of digital cameras decline.

People want to share their photos and have hashtag conversations with their friends and followers. News organizations are being left out.

News Bingo is a structured way to get user-submitted photos that have been categorized with hashtags by us. For this hackathon experiment, we focused on a local theme. But Twitter News Bingo could be spun off to include other local, national, or international versions relatively easily. Like, parades, sports games, debates, election campaigns, concerts, etc.

And each game update tweet sent from the bot contains links back to a relevant news article either in the tweet itself or in the interactive web version.

News Bingo is a way to get people to play in their own stream with minimal intrusion from a news site. But if they ever get the urge to learn more, they can follow their own card link to dive deeper into journalism. 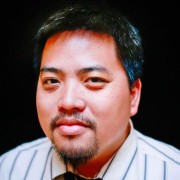