We walked into the Hack-a-thon planning to make an entertaining detective game. When we heard about the theme for the event, Tools of the Trade, we came up with several new ideas centered on tools but couldn't abandon our original game idea. We morphed it into a new experience, one connected with the two computer science majors of our team, while maintaining the similar gameplay of detective skills we had originally envisioned. The end result became "Network Nightmares", a VR game which visually imagines the inner workings of digital networks.

As a Security Network Analyst, the player observes a digital world of branching nodes. One of these nodes is a virus that infects all data transfers that pass through it, infecting the nodes these transfers end at. The player must track the virus down before the entire network falls apart.

Our team consisted of two designers and two developers and we built "Network Nightmares" using Unity and C #, utilizing the Google Cardboard as the end medium. Our designers used the Adobe suite for much of the 2D graphics and audio. Some of the sound effects were used from websites that provide free sound, while others were recorded using audio recorders and edited in Audacity. 3D models were created in Maya and brought into Unity. Our process involved planning as a team before working on any digital assets and then splitting into work. The two developers worked side by side as they both created the game and learned the foundations of Unity. The two designers moved from task to task, prioritizing those that would be most helpful to the developers.

None of us had ever created a game in Unity before and knew there would be many bumps on the road along the way. The first challenge came in understanding how to use Unity. We relied heavily on researching online, checking tutorial Unity scenes, and asking those around us for help when we got stuck. We also had to adjust our gameplay due to Unity's code not working in the way we planned for. The overall challenge of the event was being adaptable and adjusting to each new quirk we found in Unity and the other softwares we used, as there were many.

Each of our members had small moments of accomplishment that we're proud of. The developers are particularly proud of creating a branch of nodes whose configuration around the player invites involvement and a feeling of immersion. Our designers learned new techniques in both old and new software to create some sleek assets that raise the aesthetic standard of the game. And of course, our greatest accomplishment is working together as a team and creating "Network Nightmares". Putting the Google Cardboard on and seeing the digital world we created evokes a rewarding feeling of achievement on its own.

Each of us learned many techniques and lessons from our tasks on this project. The developers gained a weighty amount of knowledge pertaining to C# and Unity. They not only touched Unity for the very first time, they figured out how to bring in and use 3D models, something entirely new for both of developers. One designer had little experience with Adobe products and yet used four of them throughout the event. The other designer felt for the first time the experience of being in a pipeline; of creating asset after asset for other people to work with, rather than sticking with an asset from start to finish himself.

What's next for "Network Nightmares"

While "Network Nightmares" is far enough in completion to be experienced, there are many aspects of the game that were left out due to time constraints. We still have the intention of improving and polishing the game so that it can be shared as the experience we designed it to be. We intend to bring menus into the game, animations (some of which were already created), extra feedback through visual and audio changes, and play-testing, to find new improvements and iteratively polish the game. 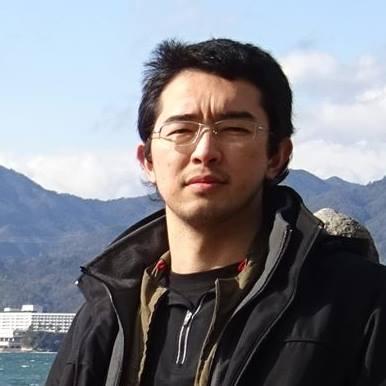