The idea of NESS was born in 2014, when we realized everybody hates leaving the tap open while waiting for hot water. Sure, there were some solutions, but most of them implied wasting huge amounts of energy and/or money (Resistor Heaters. additional heaters near the shower, additional recirculation pipes). That's why we created NESS.

To put it simply, it saves water. And a lot of it. NESS is composed by 3 modules: A pumping module, a bypass module and an activator module. Installing the pumpling module next to the heater, and the bypass module on the furthest place of the hot water pipe, we can save ~200 gallons per household each month. Just activate the system before using the hot water, It'll move all that cold water that's stuck in the hot water pipe (the water everybody usually let go down the drain) back to the heater, while bringing hot water to any place in your home. Water will stay warm for about 20 minutes, so you have plenty of time to have a coffee or do your thing before having a shower.

How does it fit in the Challenge?

We started building it in late 2014, earning a lot of recognition from the University of Malaga and some other public entities. By the beginning of 2015, we had a functional prototype, and that's when we saw the Makers Against Drought announcement. We decided to give it a try and turn NESS into the IoT device we always wanted it to be.

As usual with startups, money has been our biggest hurdle. We had the passion, we had the ability to create something useful, but we had little money. We could solve it by doing some other projects for other people, and while that has been fun too, it has provided us the money we needed to build this system.

I guess having so much recognition straight out of college was a little shock. having people tell you they know the system you built and that they love it, is one of the best sensations ever.

I learned that working in a good team can be an amazing experience, and that it's not impossible for a small team to make a big impact.

What's next for NESS

More integration with its IoT functions, being able to control your house anytime, anywhere should be a given. 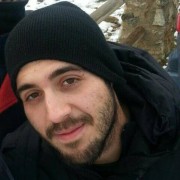