High-Level Overview of the Module (WHAT ?) :

We have been working to create an indoor geo-navigation and user convenience module based on Internet of Things, we will be using Physical Web (BLE beacons) for precise location tagging inside the airports and between the places. The idea not only targets the consumer, but also helps to improve on the operational efficiencies in maintaining a steady passenger flux distribution via security check in terminals. It will also begin providing customized suggestions to the user based on their preferences, thus enabling to create a revenue generation model and also focusing on non-airline revenues.

Most of the times while travelling between places we find that travellers are completely unaware of the services that are available at the airports, which is normally the reason people never plan to buy anything explicitly from the airports.

And also there are a bunch of users with certain necessities which are required to be met almost every time they plan for an air travel, an example may be somebody’s elderly parents who need to be escorted to the gates with a wheelchair and into the chaos of airports even getting the information about these services becomes a challenge.

The passenger flux entering from the security checkpoints is a determining factor for the amount of time users get to spend to avail the airport amenities.

“SITA figures indicate that 10 minutes less spent at security may increase retail spent by as much as 30%”.

We’ll be directing the user throughout his journey starting at starting from the Airport’s Gate till the boarding terminal, comprising of total span of time that he’ll be spending at the airport, the lifecycle for the same is as follows :

When the person enters the airport a background service searches for a nearby beacon, when detected it opens the application and maps the user position with a blue circle on the indoor map and gives the routes of necessary check-ins to be performed.

Now we ask the user about his preferences given the facilities which are available at airport, the user is free to re-arrange these choices on the basis of his priority.

We use a simple shortest path algorithm beneath this to suggest the user with most optimal path to his next destination, also keeping him aware of the time he’s most likely to spend there, in order to cover as much breadth as possible.

The application runs a timer which constantly keeps him aware of the gate closing times, which exhausts at the end.

Dynamic estimate of time to travel from one location to another(similar to live traffic update on Google Maps). Passenger Flux management through security check-ins. Identification of locations where passengers spend most of their time.

Based on data collected over a period of time, suggestions can be given to users about optimal spending of time at preferred locations in order to make to the terminal gates on time and make the best use of amenities available at airport. 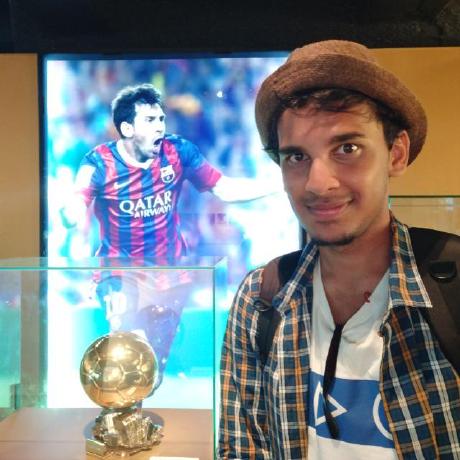