One day, we were perusing youtube looking for an idea for our school's science fair. On that day, we came across a blind YouTuber named Tommy Edison. He had uploaded a video of himself attempting to cross a busy intersection on his own. It was apparent that he was having difficulty, and at one point he almost ran into a street sign. After seeing his video, we decided that we wanted to leverage new technology to help people like Tommy in daily navigation, so we created NavAssist AI.

In essence, NavAssist AI uses object detection to detect both the position and state of a crosswalk light (stop hand or walking person). It then processes this information and relays it to the user through haptic feedback in the form of vibration motors inside a headband. This allows the user to understand whether it is safe to cross the street or not, and in which direction they should face when crossing.

We started out by gathering our own dataset of 200+ images of crosswalk lights because there was no existing library for those images. We then ran through many iterations on many different models, training each model on this data set. Through the different model architectures and iterations, we strove to find a balance between accuracy and speed. We eventually discovered an SSDLite Mobilenet model from the TensorFlow model zoo had the balance we required. Using transfer learning and many iterations we trained a model that finally worked. We implemented it onto a raspberry pi with a camera, soldered on a power button and vibration motors, and custom-designed a 3D printed case with room for a battery. This made our prototype wearable device.

When we started this project, we knew nothing about machine learning or TensorFlow and had to start from scratch. However, with some googling and trying stuff out, we were able to figure out how to implement TensorFlow for our project with relative ease. Another challenge was collecting, preparing, and labelling our data set of 200+ images. Although, our most important challenge was not knowing what it's like to be visually impaired. To overcome this, we had to go out to people in the blind community and talk to them so that we could properly understand the problem and create a good solution.

All of these milestones made us very proud because we are progressing towards something that could really help people in the world.

Throughout the development of this project, we learned so much. Going into it, we had no idea what we were doing. Along the way, we learned about neural networks, machine learning, computer vision, as well as practical skills such as soldering and 3D CAD. Most of all, we learned that through perseverance and determination, you can make progress towards helping to solve problems in the world, even if you don't initially think you have the resources or knowledge.

We hope to expand its ability for detecting objects. For example, we would like to add detection for things such as obstacles so that it may aid in more than just crossing the street. We are also working to make the wearable device smaller and more portable, as our first prototype can be somewhat burdensome. In the future, we hope to eventually reach a point where it will be marketable, and we can start helping people everywhere. 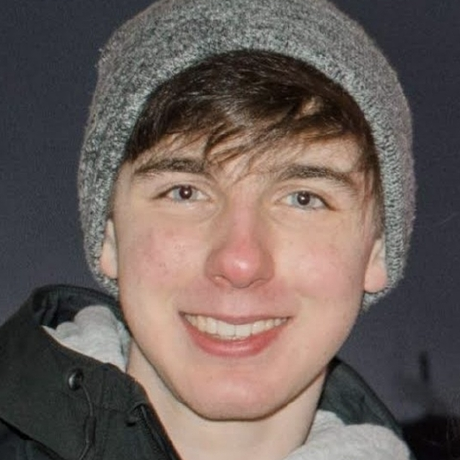