We created Nameless to produce a fun and inviting environment for people in a relative proximity to communicate in a tension free, anonymous environment.

Built in Android Studio, the client application uses Google's Material Design. The messaging and user-pairing is facilitated through a backend managed through Parse and integrated throughout the application.

The messaging functionality was written entirely from scratch in Java for Android, using JSON posts through Parse to retrieve data in the background.

We take pride in getting an awesome app running in a stable alpha stage within just hours. We look forward to demoing the application and it's framework to potential users and other enthusiasts.

Among what we learned in this project is responsible coding practices. If not for the guidance of some of our peers (and Stack Overflow) none of this would be possible.

Next, we plan on further developing Nameless to produce a fully fledged application that will be published to the Google Play Store and plan on developing an iOS client in the very near future to truly create a cohesive community. 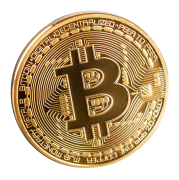