The absence of a reliable and independent system where citizens either as victims, witnesses or just concerned brother's keepers can safely report details of crime and criminals conveniently and timeously, or a system where citizens and bodies can obtain information as to actual crime statistics, is a major setback in actualizing the dream of a much safer Nigeria.
Moreso, there has been a recent increase in insecurity of citizens around the country, in terms of harassment /extortion by Law Enforcement officials, kidnapping, armed robbery, rape et cetera. These crimes are more common in major cities such as Lagos State, Abuja, and Port-Harcourt. When and if reported at all, These agencies are often found to be too complacent or ill-equipped / informed to pursue such cases.

Victims, witnesses, and people with information are unable to safely and conveniently give details of crime and criminals around them without further risk to their persons. Therefore, unsuspecting citizens often fall victim to preventable/avoidable occurrences, while the perpetrators go Scott-free and unidentified

We propose an independent citizen-based platform with universal and discriminate access where accurate real-time crime & criminal data can be accessed, assessed, updated and published, anonymously or otherwise, by any citizen without discrimination or any agency in the country including law enforcement and rehabilitative NGOs. Users can anonymously give, update and retrieve(non-sensitive) crime information to/from a database, and where such info is published on public platforms and law enforcement actions are assessed. The system will also serve as a point of contact where the appropriate agencies arenot easily accessible, a repository for Law enforcement, and a platform for evaluating the performance of security agencies & policies. For the purpose of this project, Lagos was chosen as a Use-case, and Twitter as a data-mine

ANONYMITY will allow users to safely report personal and very sensitive or implicating details without risk of stigma or reprisal. ACCESSIBILITY :- users avoid having to wait to go all the way to Police stations & risk or expenses involved in initiating an investigation. LAW ENFORCEMENT :Agencies can easily access information that would otherwise be too costly or time consuming to obtain, thereby reducing the overall time spent on investigation. STATISTICS : Law enforcement & Aid or Other agencies can obtain general & individual crime data, find & analyze the relations therein, to allow for making better informed policies.

WHAT WE BELIEVE IN :

Transparency, accountability & a Citizen centered approach. We believe that any system for improving the life of citizens should focus on involving the citizens themselves. Similarly, such a system should be open to reasonable monitoring by the citizens themselves, in order to ascertain that its goals are met. As such, CT-Eye focuses on getting real-time & verifiable crime data from citizens, & publishing same on public domain.

WHY WOULD IT WORK :

A Main cause of the rampantness & audacity of crime & criminals is the lack of a tangible representation of the extent of crime in the society. For : 1- the fact that most crimes go unreported. 2- ignorance about the category & general details of criminals, their modus operandi, & the interrelationship. 3- the gap between civilians (who are mostly the victims) & law enforcement (often complicit) who are often ill-motivated or equipped.

CT-Eye as a system solves all this by:

1- encouraging reporting of crime & criminal data by users from the convenience of their phones. (sms, app or web). 2- supporting & bridging the gap between law enforcement & civilians by creating an independent DB, serving as a channel supplied & updated by either sides, & accessible to both. 3- creating & publishing a visual representation of real-time Crime statistics in the country on a location/type/time map basis, which will be accessible to the public.(web & social media). This will allow citizens to better appraise, encourage or criticize government/Law enforcement effort & policies.

CT-Eye at the current stage comprises of an app with three(3) easy to use functions as follows :

1-VIEW DANGER ZONES - This generates a plot that shows clusters of possible danger spots for violence in a city. This is built using real-time geospatial data analysis from reports.

2- GENERATE REPORT - This automatically redirects the user to a chatbot. This innovates an interactive way of submitting a report. This was created because sometimes, after experiencing a traumatizing situation, a victim might not be able to make a proper report, hence the chatbot was built in a way to recognize key-words from inputs and generate a report at the backend.

3- SEND A WHATSAPP REPORT - A user can also choose to send a direct report to authorities/Emergency numbers via WhatsApp messages to relevant Emergency Hotlines. 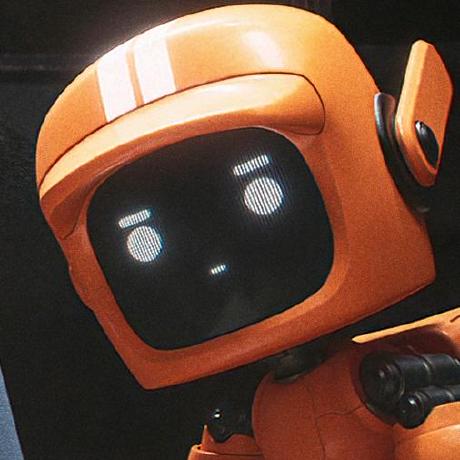