Name of Game: Mystic Army This is a turn based game that requires strategy to win. Players build armies of mystical minions and watch them battle...TO THE DEATH. Each battle the winner advances deeper into the loser's territory. However, players gain stat bonuses when they are on their side of the map. The loser gets an opportunity to defend their territory as well as use strategies to make up for lost ground. The winner is declared after they surpass their opponent's second territory. 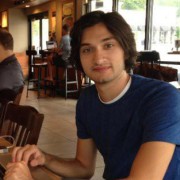