As this is our first hackathon, we wanted to combine all of our skills and create something great together. What inspired us for this project was our love for robotics and our determination to create a robot that can be navigated using a Myo. This robot will provide visions to places where access are restricted.

The Myo Explorer will perform our declared commands through different motions using the Myo sensing technology. It can also have a livestreams of what it "sees" through its journey. The livestream is broadcasted on the Microsoft server aka Azure's platform through the Ardunio Yun's local network. Devices that connect to our Yun's local network will be able to see what the Myo Explorer is up to.

The body of the robot itself was created using four DC motors, an arduino Yun board, a motor shield and a voltage regulator along with the body of the car. We built the app using multiple languages and technology. We built an Android app through Android Studio to receive the Myo's command and transfer it to the Yun. Next, we implemented a webcam through the Yun's USB port, and created a web page through simple HTML/CSS to stream the video footage recorded.

-First hackathon - so we didn't know what to expect. We have a lot that we wanted to implement but did not have all the time to do it. -There was an initial delay in the processing of the signal that was emitted from the armband, an issue that was combatted through a change of the android app's implementation from switch-case to if-else and creating a variable that tracked the position of which command was sent so there is only one command at a time. -Building the robot was a challenge since we aren't very familiar with connecting DV motors to sources. It was hard to get the motors spinning in one direction. -In order to use one battery we needed to create a voltage regulator since the arduino board is powered by 5V and the motors use 9. We had to build this by hand through a schematic we found and then perfected since the extra resistance did not work in our case because of the material resistance. -Programming the MYO was a challenge since it is a completely new technology and we did not know anything about it from the start. It was not very precise and took a lot of trial and error to finally get it to respond to our commands.

-Being able to finish a project as it is our first hackathon ever -Smooth operation of the Yun. -Successful build of the robot with all the components neatly tucked into the body of the robot to create a visually appealing robot. -Using the MYO as a controller is an incredible accomplishment for us since it is a unique way to control a robot.

We learned a lot about robotics, about building a robot from scratch and working with electronics components. We learned how to program a unique remote to work with an android and how to stream live video through a webcam connected to a microprocessing board. We learned how to work as a team that has never met before. We learned more about android development and how to use http protocols to not just webpages.

What's next for Myo Explorer

The Myo Explorer next step would be to connect tools like lifts and shovels to be able to lift objects with. Create a sturdier body to be able to go into rough terrain. creating more unique controls with the MYO tool to control speeds. The Myo Explorer could also use its webcam to not only stream but record videos in the future and use to teleconference to users. 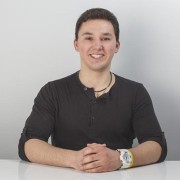