I had just spent 2 months working and had just finished an hour long adventure story skill, My African Safari, when the contest was posted. I'll admit it took me several days of thinking and researching before I came upon the idea. I've used the memory palace technique before and thought this was an opportunity to work on my palace while creating the skill.

Plus, it IS a skill teaching a TRUE life hack skill. It literally is a mind hack skill. That was inspirational. Then when I found the latest research with fMRI showed permanent changes for the better in brains after using the skill, I was hooked.

This Amazon Alexa Life Hack, Mind Hack can change your brain for the better. I cite the research in the skill description.

Simply explains the Memory Palace technique then provides a floor plan with examples.

Storyline. Ah. I've been building skills with storyline for 5 months now. After a draft on paper, it quickly came together thanks to the graphic interface of Storyline. getstoryline.com

Trying to get finished before the contest was over. There are more rooms planned I just have not had the time to input them. I also have more examples. Keeping it short, conversational. Still need to work on this.

Making something that could potentially change others lives for the better.

I made dozens of changes to the skill after watching the first webinar. Thanks guys. The entry with the doorbell, door opening, greeting, door closing is all because of the comments made on the webinar. The information room, (I'm hoping) is conversational rather than list based.

What's next for My Memory Palace 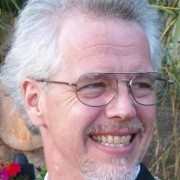