For as long as I can remember, my mother has called me sunshine angel boy, a bright beacon of light,illuminating a deep cave of darkness. To understand the full meaning and reason behind such a beautiful nickname, you must first delve into the dark, painful, unforgiving hole named Cancer.

Cancer took something from me that I never had. Something I can never touch, or hold, or laugh with. Something that never tucked me in, cradled me or spoiled me with ice cream, cheek pulling and kisses. Cancer took both my grandparents before I was born. Robbing me of simple pleasures which make me envious of my friends. The stories I hear about them from my mother, make me feel a deep sadness. Can one truly mourn something they never had? People they never met? There were no sleepovers at grandmas house or playing catch with grandpa in the backyard. Can I miss the delicious Italian meals my grandmother used to make, even though I have never tasted them? My grandpa, or Poppaloonie, as he was known to the other grandchildren who had the luck of being born early enough know him, was a semi-pro baseball player. For me, there was no one at the other end of the mound to catch my lopsided and sometimes misguided pitches. Instead, my single mother tried her best to be my coach, always telling me how proud Poppaloonie would have been of me.When she cooks, I listen intently to the stories she tells me about large family gatherings and how the smell of meatballs cooking on a Sunday afternoon could make even the sleepiest little boy spring from his bed with delight. With the death of my grandparents, the large family became smaller and the glue that held them together was no longer there. Gatherings turned into phone calls and Sunday dinner became take out. One word, one disease, would change generations and traditions forever. Cancer.

My grandmother was diagnosed with vaginal cancer in 1990. A rare form of cancer, one of 16 known cases at that time. She endured radiation treatments in New Jersey an attempt to shrink the tumor which grew at the end of her urethra. A more aggressive approach was needed and she was moved to Sloan Kettering in New York City. There they tried a then experimental procedure where a chip was placed inside her that would emit radiation to eradicate the tumor. Radiation does not discriminate. While attacking the cancer cells, it also destroyed, healthy, living, viable cells throughout her pelvic region. The damage cost her her bladder and she had to wear a urostomy bag. She was growing very weak and required a good amount of care which costs a great deal of money. My Poppaloonie had to retire early to take care of her. My mother had to eventually leave her job of 15 years to help take care of my grandmother full time. All of the money they worked so hard to save, was now being eaten up by this disease. What would be my college fund - depleted. Things became much worse when sores began to appear all over my grandmothers body. They were from the radiation and they formed from the inside out. By the time they revealed themselves at the top level, they were virtual craters deep in her skin. The hospitals in New Jersey didn’t know what to do. They had never seen anything like it before. They wore protective suits and quarantined her for weeks. Radiation. What they used to kill the cancer, was now killing my grandmother.The radiation had done so much damage to her pelvis that the blood was not flowing down her legs. At this point she had given up fighting, cancer seemed to be winning by beating her down and throwing one thing after another at her. She ignored the discoloration of her feet and began to wear socks. By the time she was taken to New York Hospital, both her lower legs and feet were black. She had gangrene. Her left leg was amputated below the knee the next morning and shunts were put in the other leg to try to get the blood flowing. After 3 months of debridement, shunts, and operations, her right leg was amputated above the knee. She could not be fitted with prosthetics due to the fact that her wounds were not healing. The amputation incisions on her legs never fully healed and for months she remained in the hospital having debridement after debridement. At this point the left leg was taken over the knee. She lost more and more of her legs, until there was no more leg to take. She weighed 53 pounds. The doctor told my mother that they had done all they could and that my grandmother had 1 week to live. She died 8 days later on November 4, 2005.

A few months after my grandmother’s funeral, my Poppaloonie revealed that he was ill, and explained that he did not say anything because his first priority was taking care of my grandmother. By the time my mother took him to the doctor, he had Stage 4 lung cancer. He began radiation and chemotherapy but the cancer spread to his brain. After seeing what my grandmother went through and her attempts to survive, he signed a DNR. On October 13, 2006, one day after his 63rd birthday, my Poppaloonie was gone.

At his funeral, my mother was understandably inconsolable and ill,having lost both parents in the span of 1 year. She was severely depressed and suicidal when she was taken to the hospital the next day. It was then she found out that she was pregnant with me. The light in the darkness. The one small ray of hope that says things will get better and life must go on. A sunshine angel boy.

And now that hope must once again resurface as my mother was recently diagnosed with Multiple sclerosis. Unlike cancer, Multiple Sclerosis is not in the media's spotlight, it does not have to be tracked by the CDC, nor from my point of view does it seem to have enough attention and funding. That is why my team and I worked to increase the awareness of MS by spreading information in a way people would enjoy. I just hope that as I continue to spread awareness we a a world grow closer to a cure. In the end, I just hope that I can stop or prevent theses tragedies from occurring in someone else's life.

Show information about the how people in different regions are diagnosed in order to increase public awareness about common early signs of MS.

We built it using googles WebGL globe api in javascript, and we pre-processed data in Matlab and Excel

We made a working application and have it running through git hub one of my members did not know how to code at all and I feel that we taught him a lot.

We learned about the sizing of data, efficiency in large number computing, and basic java script

What's next for MS Globe

I want to see MS globe expand in new ways including how treatments varied by region, what common options people take to acclimate to life after getting diagnosed and so on. Additionally, I hope to see this kind of presentation representing other disease and just help increase the public in order to make our first steps towards change. 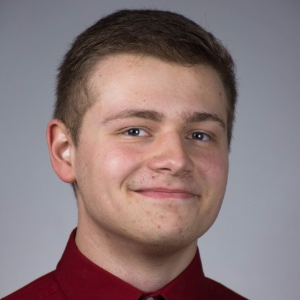