How the team formed

We all met near the campfire site during Team Formation. I came with a friend, and the both of us are the most indecisive pair with a ton of different ideas we want to implement, so we were holding the white sticky notes for the random, just-for-fun ideas to find others who would be interested to integrate their skills to build a web application (or a VR game? Or a race car VR game?) We met another pair of people who were just as lost as to what exactly they wanted to do and negative + negative = positive! We clicked and stuck to an idea.

I was remembering how my dog likes to stare at me when he's bored with nothing to do, and can hold a gaze for a oddly impressive amount of time. I jokingly said that we should make a web application that can have a staring contest with you, and the more our teammates talked about it, the more we realized that everyone had a little something they wanted to contribute to the idea, and so we chose that.

Mr. Don't Blink does visual recognition to determine whether or not the users eyes blink throughout a game against a virtual character. If the user blinks, they lose. If the character blinks, the user wins!

We used IBM Watson's AI to first train it to recognize closed and open eyes on all of our team members faces. Then we used IBM's Cloud Confoundry to deploy our application to make it web-based. A lot of effort went into the front end design, and every success was celebrated with Damon's optimistic cheering and high fives.

A lot of these technologies were brand new to us, but that tends to happen at Hackathons. What was truly a challenge was managing time to give love to all parts of the project. Currently we have a fairly refined front end, but the back-end still needs to be integrated with the rest of the project.

The fact that the AI works and that this is our first demo!!!

How important communication between team members is.

What's next for Mr. Don't Blink

Our application trains machines to detect minute changes in people's expressions (specifically, blinking). This technology could be enhanced and expanded to include a variety of facial features and be used as a visual lie-detector during police interrogations, as part of a background check (along with polygraphs), or further used to study patients with mental complications. 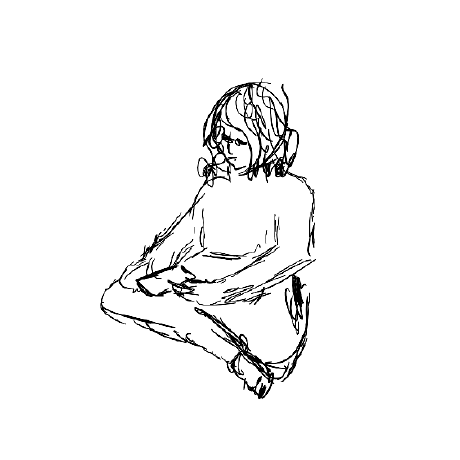