I've always believed that in developing, emphasis is put on sticking to the status quo. To develop on what exists. Such a mentality helps, but it limits innovation as people are afraid to restart. To come up with a completely new idea. To revolutionize.

This hurts people with disabilities. For example, displays are not useful to those who are visually impaired in devices like desktops or phones. A completely new UI could be made, and it could make interaction more efficient. It could connect people to the world better, but such device has not been implemented.

It lets people who are visually impaired connect to the world in a more efficient and easy manner. Tailored to them.

I printed the housing, got an arduino and put the arduino on the housing. The 3D printed housing holds the arduino and wires in and the battery as well. The wires I then hooked up as pins on my hand. While this is not the most elegant solution, it is one I had the resources to make. I then tested and tested. I edited my code and tested some more.

I didn't have the resources to develop a complete prototype with internet connectivity and calling, but I did make a proof of concept with local text storage. The housing is also a little messy because for this project I didn't have fabrication materials. My arduino stopped connecting to my computer because the arduino editor did not work, and I spent a while trying to fix that.

I had to restart my code and I got it done in a little while. I did manage to have a project with hardware housing without needing more time or resources than provided.

What's next for Mobile Device for the Visually impaired 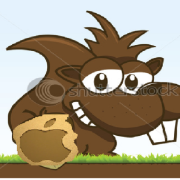