I wanted to build an app for learning the Japanese kana (hiragana and katakana) writing system, but targeted for adults such as myself, not children. So I wanted an app with a slick interface, and less cute. There are many writing apps for children, but not as many for adult learners.

Another problem about learning how to write the hiragana and katakana is that sometimes the example characters are hard to understand, because the font contain styles such as strokes that trail off. So I wanted to include multiple examples for each character, including plain handwritten examples, so that the learners can see which parts are necessary and which are not.

Lastly, I wanted to create an app that makes it fun and pleasant for the learners to practice the writing repeatedly, and that's where adding the WACOM WILL Library comes in. It makes the writing feels a whole lot more natural, and the stroke thickness varies depending on the writing speed, making it fun to practice writing the hiragana and katakana characters.

The app was built using native Apple iOS SDK: Xcode, Interface Builder, in Objective-C, to run as universal app on iPhones and iPads (iOS 8.0 and above).

WACOM WILL SDK is later integrated for the writing functionality, for learners to practice their writing.

What's next for Mirai Kana Chart

I plan to add the following features for Mirai Kana Chart:

I would also like to add more languages such as: Korean, Chinese, Thai, Arabic, etc.

The writing systems from all the different languages in the world is a cultural treasure that we should all cherish and enjoy, and I hope to help spread the joy of learning them through my apps. :) 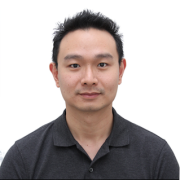