This project is an initial prototype of an application for a minimalist journaling system as conceived by Michal Korzonek.

Managing personal identities in a digitally networked world has proven to be fraught with the unintended consequences of design choices that place business models and economic systems before privacy and social good.

We shape our tools and thereafter our tools shape us.

In an effort to design tools that can help bring people together to collaborate on the work of becoming better humans and building a better world, the design process should recognize the need for resilience: things will go wrong. Our job as designers is to anticipate problems and create tools, processes, systems, organizations and experiences that we can stand behind and take responsibility for.

The future of design and architecture may be in the integration of the separate disciplines to learn how interconnected systems work and model the built environment to imitate the processes of living organisms: biomimicry as the basis for interdisciplinary design and social architecture.

Another principle is the idea of personal autonomy. The only person that we can change is ourselves. We may have influence, even power over others, but ultimately, the ideal is to give people freedom to exercise their will within the reasonable constraints that lead to healthy social relationships. The most influence that we can have is through personal change and leadership by example.

If social media is ripping society apart and is sacrificing personal privacy to serve exploitative business models, perhaps we need to replace or redesign our tools so that they encourage learning, personal change, leadership, and social cohesion.

Humans have become addicted to identities, behaviours, systems, and technologies. We are coming to acknowledge that many of these things are not good for us. We need to develop some new ways of living, and this starts by creating new habits.

The authors of Stealing Fire suggest that one of the ways we can increase our productivity is to intentionally repurpose our psychology to work like an intuitive dashboard —a sort of user interface (UI).

These researchers were studying non-ordinary states of consciousness in an attempt to understand how triggering those states intentionally might offer useful tools for boosting performance. Their metaphor for using these states was that we could use them in the same way that apps on your phone are used to accomplish specific tasks—without requiring that you re-wire the underlying operating system (OS).

By seeing our own mind’s “User Interface” potential, instead of getting lost in the complexity of the OS running our entire body, we could focus our energy on simple, effective activities — just like running intuitive apps.

This concept captured my attention; how could I use it to help me with my own habits?

An example: if you feel depressed and unmotivated, you have two choices:

do nothing and feel overwhelmed with the complexity of your OS (and hope it will just miraculously fix itself), or

simply run another “app”, such as engaging in physical exercise or meditation (which are scientifically proven to have a positive impact on our mood).

Now, although this sounds great in theory, the problem with this approach is that most of us will only engage in activities such as exercise and meditation after we feel better, rather than in order to feel better.

This was it. I knew my problem, and I had a solution. In order to make it work, I just had to find a way to run those apps whenever my OS was facing a crisis. I needed a good UI to put those apps right in front of me when I needed them.

So I decided to invent my own dashboard.

How did I do that?

It’s simple: it started with grabbing a journal.

This seems like a good place to start becoming better humans.

Starting with a data schema for a Person, defined by schema.org, I built the HTML structure for a way to store data to represent an event in a person’s life.

This is merely the initial prototype for a day in the life of a person. I would need an authentication system that protects a person’s private data and allows that person to own their own data.

I was able to explore CSS to organize the layout of the elements to match the visual representation of personal data that was originally intended to be drawn and written by hand in a physical journal.

I learned to reference schema.org for standards-based data schemas and to use the JavaScript Object Notation for Linked Data (JSON-LD).

The roadmap will involve building a system that is able to easily view the days of a person’s life, starting with the basic card view proposed by Michal Korzonek. 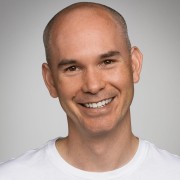