We wanted to find out how to make driving safer for millennial drivers. Giving it some thought, we realized that many of us millennials don't actually drive that much. When we do drive, though, it has usually been some time and we aren't too keen on having to traverse narrow streets and difficult traffic right away. Nevertheless, we still want to get from point A to B in a reasonable amount of time to meet up with others.

Millennial Falcon is an iOS app that gradually eases the occasional driver back into driving by suggesting alternative routes around common locations of traffic accidents. Safety is weighed against trip length in order to find safe but reasonably fast routes. It takes the weather into account as well, so segments that are particularly risky when it's raining can be avoided.
Once the user has selected a route, navigation is made easy by utilizing Sennheiser's Ambeo 3D sound. Right and left turns are preceded by sounds on the corresponding side, and the headphones are set to easily let in sound from traffic around you.

We used the UK Road Safety Dataset and arcGIS to find hotspots for road accidents. Using the arcGIS Routing Service and their polygonBarrier feature, we were able to calculate the fastest route with dangerous quadrant getting a disadvantage. The iOS app uses Mapkit to display the routes. Once navigating, we used the Sennheiser SDK to implement the three-dimensional sound feature.

We were very glad to get such a treasure trove of data from esri, but it was hard to wield it and turn it into something useful in such a short time. It was no easy task, but we believe we've done a good job.

We believe what we built is something that can truly help people through traffic and make traveling safer. In addition, the cost of entry is low as almost everyone, especially among millenials, has a smartphone and uses it for navigation already.

If you're driving in London, stay away from Marble Arch! That place had more accidents than any other in the UK.

What's next for Millennial Falcon

Some polishing? Perhaps we can make our prototype into a finished app. In addition to weather, there are a lot of other factors that make specific streets more dangerous at times. 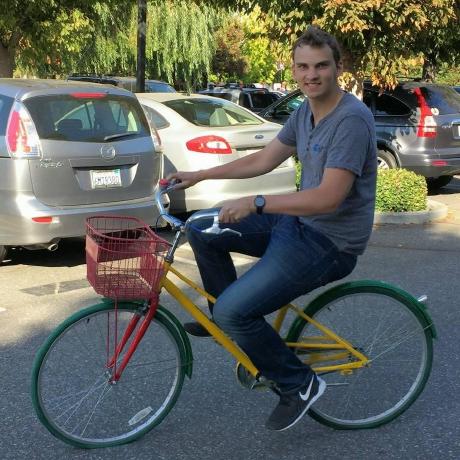