After listening to talks at SXGood about accessibility and technology, we decided to make a music web app that is accessible to seeing-impaired users.

What's next for MIDI Markup 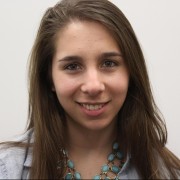