The inspiration from merchflow was the Google form that PennApps sent out regarding shipping swag. We found the question regarding distribution on campuses particularly odd, but it made perfect sense after giving it a bit more thought. After all, shipping a few large packages is cheaper than many small shipments. But then we started considering the logistics of such an arrangement, particularly how the event organizers would have to manually figure out these shipments. Thus the concept of merchflow was born.

Merchflow is a web app that allows event organizers (like for a hackathon) to easily determine the optimal shipping arrangement for swag (or, more generically, for any package) to event participants. Below is our design for merchflow.

First, the event organizer provides merchflow with the contact info (email) of the event participants. Merchflow will then send out emails on behalf of the organizer with a link to a form and an event-specific code.

The form will ask for information such as shipping address as well if they would be willing to distribute swag to other participants nearby. This information will be sent back to merchflow’s underlying database Firestore and updates the organizer’s dashboard in real-time.

Once the organizer is ready to ship, merchflow will compute the best shipping arrangement based on the participant’s location and willingness to distribute. This will be done according to a shipping algorithm that we define to minimize the number of individual shipments required (which will in turn lower the overall shipping costs for the organizer).

Given the scope of PennApps and the limited time we had, we decided to focus on designing the concept of Merchflow and building out its front end experience. While there is much work to be done in the backend, we believe what we have so far provides a good visualization of its potential.

Merchflow is built using react.js and firebase (and related services such as Firestore and Cloud Functions). We ran into many issues with Firebase and ultimately were not able to fully utilize it; however, we were able to successfully deploy the web app to the provided host.

With react.js, we used bootstrap and started off with airframe React templates and built our own dashboard, tabs, forms, tables, etc. custom to our design and expectations for merchflow. The dashboard and tabs are designed and built with responsiveness in mind as well as an intention to pursue a minimalistic, clean style. For functionalities that our backend isn’t operational in yet, we used faker.js to populate it with data to simulate the real experience an event planner would have.

During the development of merchflow, we ran into many issues. The one being that we were unable to get Firebase authentication working with our React app. We tried following several tutorials and documentations; however, it was just something that we were unable to resolve in the time span of PennApps. Therefore, we focused our energy on polishing up the front end and the design of the project so that we can relay our project concept well even without the backend being fully operational.

Another issue that we encountered was regarding Firebase deployment (while we weren’t able to connect to any Firebase SDKs, we were still able to connect the web app as a Firebase app and could deploy to the provided hosted site). During deployment, we noticed that the color theme was not properly displaying compared to what we had locally. Since we specify the colors in node_modules (a folder that we do not commit to Git), we thought that by moving the specific color variable .scss file out of node_modules, change import paths, we would be able to fix it. And it did, but it took quite some time to realize this because the browser had cached the site prior to this change and it didn’t propagate over immediately.

We are very proud of the level of polish in our design and react front end. As a concept, we fleshed out merchflow quite extensively and considered many different aspects and features that would be required of an actual service that event organizers actually use. This includes dealing with authentication, data storage, and data security. Our diagram describes the infrastructure of merchflow quite well and clearly lays out the work ahead of us.

Likewise, we spent hours reading through how the airframe template was built in the first place before being able to customize and add on top of it, and in the process gained a lot of insight into how React projects should be structured and how each file and component connects with each other. Ultimately, we were able to turn what we dreamed of in our designs into reality that we can present to someone else.

As a team, we learned a lot about web development (which neither of us is particularly strong in) specifically regarding react.js and Firebase. For react.js, we didn’t know the full extent of modularizing components could bring in terms of scale and clarity. We interacted and learned the workings of scss and javascript, including the faker.js package, on the fly as we try to build out merchflow’s front end.

While we are super excited about our front end, unfortunately, there are still a few more gaps to turn merchflow into an operational tool for event organizers to utilize, primarily dealing with the backend and Firebase. We need to resolve the Firebase connection issues that we were experiencing so we can actually get a backend working for merchflow.

After we are able to integrate Firebase into the react app, we can start connecting the fields and participant list to Firestore which will maintain these documents based on the event organizer’s user id (preventing unauthorized access and modification).

Once that is complete, we can focus on the two main features of merchflow: sending out emails and calculating the best shipping arrangement. Both of these features would be implemented via a Cloud Function and would work with the underlying data stored in Firestore. Sending out emails could be achieved using a library such as Twilio SendGrid using the emails the organizer has provided. Computing the best arrangement would require a bit more work to figure out an algorithm to work with. Regardless of algorithm, it will likely utilize Google Maps API (or some other map API) in order to calculate the distance between addresses (and thus determine viability for proxy distribution). We would also need to utilize some service to programmatically generate (and pay for) shipping labels. 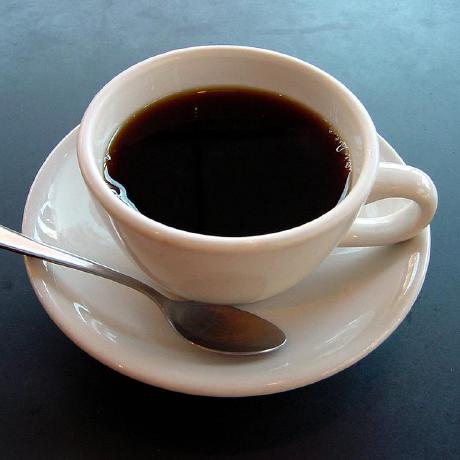