It was midterm hell week of our first semester in dental school, and my friend and I were studying for our biochemistry exam. I slammed my head onto my laptop that was displaying nauseating diagrams of the enzymes in the pentose-phosphate cycle.

"How the hell are we supposed to memorize all of this? Is this even humanly possible?" I asked my friend, studying next to me.

"You know, there's a guy that has photographic memory in our school. He only has to study two or three days and he gets a 98," my friend said.

My masseter muscle went limp as my jaw dropped to the floor, and I started searching the all-knowing Google, "How to get photographic memory." If someone was doing it, I wanted to do it, too.

Seconds later, I landed upon an article that basically told me, there is no such thing as a photographic memory. _ But _, there was something called a memory palace that professional memory champions use to memorize tons and tons of random information, like a deck of shuffled cards or a list of random objects. "Read _ Moonwalking with Einstein _ by Joshua Foer," the article suggested, and that's the exactly I ordered on Amazon.com that very second. After reading that book, I learned how to hack my brain to memorize anything and everything I wanted to. I memorized things from random lists my brother gave me to the lectures on embryogenesis in neuroscience. Then I, too, got a 98 on the exam. How was it possible? It was the "method of loci," otherwise known as the "memory palace."

You might have heard about it from Sherlock Holmes, but it's actually real. To demonstrate this extraordinary ability, take a moment to imagine your childhood home. You can picture your front door, step into your house, walk to the living room, navigate to the bathroom, even see how your shampoo, conditioner and soap are arranged in the shower. The method of loci, or memory palace, harnesses this extraordinary ability to remember three-dimensional spaces. It involves scattering the things you need to memorize, such as a grocery list or a neuroscience lecture, into the rooms of a place -- a memory palace. For example, if you needed to memorize the list of the U.S. Presidents in order, you would plaster the front door in $1 bills (George Washington), remember to punch your friend John on his Adam’s apple as you enter the door (John Adams), sign “Jeff” on bottom of the Declaration of Independence, conveniently placed below your clock (Thomas Jefferson), receive the Madison Square Garden tickets that your clock starts to dispense (James Madison), and so on and so forth. By placing objects that remind you of the information you need to remember throughout your home, all you need to do is walk through your home to see what list of the U.S. Presidents in order. This was the idea that bloomed into MemoRoom, coded and made into reality by David, Alden, and Ruowen at HackNYU 2017.

Why this app is revolutionary

Despite the significant advantages of creating memory palace, there are downsides of using a mental memory palace: it takes a lot of focus and will-power to conjure up and visualize the memory palace in your mind, place the information into it by converting the information into images and associating the images to the location. In addition, the memory palaces can fade if not reviewed frequently, as our brain prioritizes more urgent memories over the ones less accessed. That's why at HackNYU 2017, we've created an extraordinary interface called "MemoRoom." This visualization interface allows the user to transport themselves to a virtual memory palace, paste lecture slides like post-it memos throughout the rooms, ultimately allowing the user to create their custom memory palace.

Students in colleges and graduate schools, including medical, dental and nursing schools, can use this interface to enhance their learning and memorization, as it serves as a study tool that helps them not only remember but also have fun constructing memory palaces and sharing them with their peers. MemoRoom would become a disruptive revolution in all levels of education, as it would be the next generation's mode of studying, note-taking, teaching, presenting, and remembering. MemoRooms would begin to teach students how to fish rather than give the fish itself, as it shows students _ how _ to learn most efficiently by hacking their brains to harness their full potential in using spacial memory to memorize information, ultimately cultivating a hyper-knowledgeable generation of students in the present and future generations.

There are two aspects of this project, one being a computer program and the other an iPhone application.

The computer version is a visual interface that generates three-dimensional rooms and spaces and allows the user to tack converted PowerPoint slides onto various locations within the room or space. The user can drag and drop their notes to organize PowerPoint slides in three-dimensional space, navigate through the room as they study each slide, and ultimately remember the slide and the information contained within it to more efficiently than ever before. The user can also add annotations to the slides such that MemoRoom virtually becomes a three-dimensional notebook. Multiple rooms and spaces are available to organize different subjects and lectures into different spaces. The rooms can be saved and shared among peers, much like sharing notes between classmates.

In the iPhone app, users upload images from their camera roll and place them in the real world through an augmented reality using its camera. Similar to the computer program, the iPhone also allows users to drag and drop notes,

We used Java to generate images from .ppt/.pptx files. Next, we built 3 world themes with Unity using C#. We also built an iPhone app to support VR slides using Swift. Lastly, we added additional functionalities, such as Note Taking, movable slides, zoom in on slides, etc.

Working as a team because we all have different areas of expertise. None of us could work on the same thing at the same time, so we had to find a way to work together and complement each others' strengths and weaknesses. Moving between scenes in Unity AR slides in iPhone camera Supporting Both .ppt/pptx files at the same time.

People from different areas of expertise worked together to achieve a better learning environment. We made linear PowerPoint slides move and have motion. (#MineCrafting Slides!)

The next step would be to create more rooms and spaces (themes) so that students can have the freedom of choosing what kinds of spaces they would like to use. Creating an even more seamless transition from PowerPoint to MemoRoom by allowing the MemoRoom interface to open PowerPoint files would be another next step to improving the interface. Also, conducting a randomized control trial to see if there is a difference in the information retention rate of students who used MemoRooms versus students who did not would be useful to get government or private funding on this project. We also plan on adding customizable/editable rooms in the desktop visualizer. 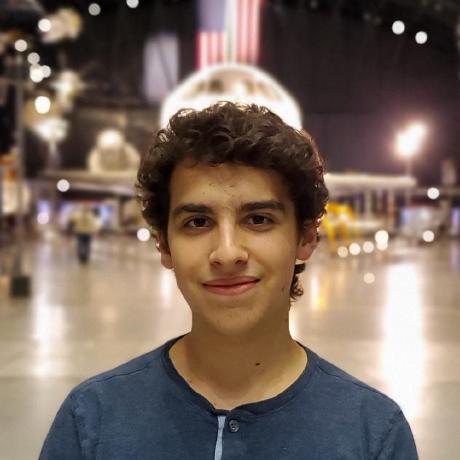