The inspiration for this project was two different components. The first component was the WWE Wrestler John Cena's self-made viral rap song, "The Time is Now," which today is a popular and easily recognizable tune amongst young people by its opening melody and associated image. The second component to this project's inspiration was a term project I did in high school, in which I used RC circuits to play an entire octave of notes through piezo buzzers, all without any microcontrollers.

The coded program uses 6 piezo buzzers to play melodies from various recognizable tunes. The base shield provides digital pin connections for the buzzers and button; and an I2C pin connection for the LCD. In this program, a song is selected (at this time, the others must be commented out), and a brief melody is played through the buzzers when the button is pressed. In addition, the LCD displays the song title

The buzzers, for unclear reasons, play at different pitches, and the order shown below may not, and probably will not, always be accurate. This may be attributable to errors in manufacturing or uneven distribution of voltage. Additionally, I was not able to play all the notes for Clocks melody because I needed another buzzer (the melody has 7 notes), which requires a set of digital pins. The Base Shield only has 7 sets of digital pins, and because I needed one set for the button to trigger the playing of the tune, there were only 6 sets left for six different buzzers.

Throughout this project, I learned how frustrating that it can be to not have the components one desires for prototyping purposes. In addition, I worked with an Intel Edison and Base Shield for the first time, and refreshed my Arduino/C++ coding.

What's next for Melody Player

In the future, I'd like to see an interface developed to use buzzers to play melodies that are created by the user, in addition to pre-programmed melodies. Another option would be to acquire components to use the tone function of the buzzer (via PWM) and allow just a single buzzer with many buttons to play various tunes (each button would be a separate melody). 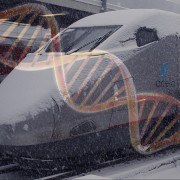