We thought about the senior citizens in our society and the fact that smartphones aren't really made out to be conveniently simple for them, especially when it comes to keeping a tab on the medicines they take, pills and syrups alike, on a daily/weekly basis!

We decided to create an app that not only does all of the aforementioned( keep track of all medicines and keep getting reminded about them) , but also one that would let them keep tab of their favorite 5 contacts (say their grandchildren and children), and call the emergency number 911. This app would act as an ASSISTANT to all old people who wouldn't have to spend hours and hours trying to figure out how to do some of the most basic things that they need on a day-to-day basis!

We built it using a robust back-end, a simple-yet-sophisticated- Material Design-based UI, and of course by using Android Studio and Java.

We had some problems with the front-end, but our back-end was sound.

The idea that we decided to build something that impacts people's daily lives, specially since Healthcare is such a major aspect in people's lives.

We learned a lot of stuff, especially mention teamwork!

We will expand on a lot of functionalities and UI features within the app to make it a major assist app for senior citizens. 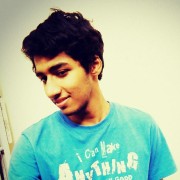