The application is partly inspired by Antoine de Saint-Exupery's novel „The little prince”. As we all know the narrator after his plane crashed found himself in a middle of nowhere, on the desert without a food, gasoline and necessary parts to rebuild his plane. After that he met some strange, lost and sad child. Child asked him to draw a lamb. In times like this a lot of us feel insecure, sad and lost. We are hiding little prince in the bottoms of ours hearts. Little prince had ability to distract the Pilot, made him stop thinking about his uncomfortable situation. Pilot was encouraged by little prince to change the perspective how he perceives the world.

Interface is easy for the users and provides a large amounts of happiness when we play with it. It is also the way to reduce the stress, or to distract player’s blue feeling. In main menu we choose the character. We have two ways to go, we choose either a gravedigger or a little girl called Marcjanna. They will ask user to draw something for them. On the screen of our device we would see a blank paper and a menu with buttons. Character has the capability to recognize what user has drawn and to comment it. Gravedigger is more demanding art critic! 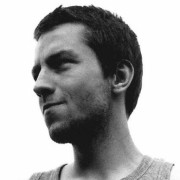