We want to build a game that accepts the limitations of mobile development while stepping into the unexplored VR space. Simple camera controls is a mechanic that is taken for granted in modern games; this is a core component of VR that deserves proper respect. Observing should be enjoyable!

Limiting the player's inputs in this way lowers the barrier to entry they won't need a controller or other devices. It also keep the player's focus on exploring the environment and the interactions they can do.

The turn based aspect for this game should give players time to both consider gameplay choices and visually explore their environment.

The player is trying to escape from a dungeon

What does the player do

The player can perform one action per turn. They can attack a nearby monster, move into an empty tile, use a potion or use a magic spell. These actions will be explicitly displayed using a diegetic interface.

Players can also interact with non-gameplay objects during their turn without using their one action. Some examples of this are extinguishing candles, pickup up gold coins and smashing barrels

Both the Slime and the Skeleton share a behaviour. On it’s turn, it moves towards the player. If it is within range of the player, it will attack for 1 damage.

Skeletons have 2 hit points. Slimes only have 1

This idea seems really different from the last one

Yes. Based on the complexity required to design, implement, test and balance a ‘medieval countryside simulator’, this seems like a much more reasonable scope for a game jam. That project is still on my todo list somewhere

There was more last minute scrambling than I would have liked. Enemy behaviour and pathfinding took a long time to figure out. In the end, we didn't need Astar - enemies will just try to move toward the player.

Optimization was surprising. We had occlusion culling set up to keep everything smooth. In the end, the dungeon is just combined in Maya and rendered all in one go. The occlusion was a significant overhead and we didn't have a large enough level to get the benefit from it.

I have a lot I could say about the game design and level design, but I'll limit myself. The ceiling flipping mechanic was more disorienting that I thought it would be, and there is lots of gameplay (combat, puzzles,etc) missing from the ceiling section. It's something to expand and fix - I think exploring the same environment in different orientations is really neat, but we didn't give ourselves enough time to see where it could go.

The other major design change was removing the player's 'wait' ability. It would be very useful, but I like that the player is forced to do something on their turn. There is a tactic to using a potion to 'wait' on your turn. There is inevitability of that the first slime monster absolutely will hit the player.

Core gameplay including enemies should have been completed much earlier. We didn't do enough early prototyping to figure out strengths and weaknesses of the game design and interfaces 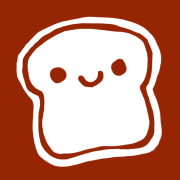 Updated the page and added a link to the apk

Lots of bug fixes. Some notable ones: Game did not restart correctly if the player died Attachments were not correct in the player's hands (Curse you Euler!) Chests now cannot be opened by fireballs Slimes now disappears immediately on death Fixed lava pit in final room. Entities could walk over it previously Fixed a bug where enemies could walk into occupied tiles Non-gameplay interactive objects (ex. gold coins) must now be nearby to be activated