What is blockchain? You have probably heard of this word suddenly pop up a few years ago, and while it is common knowledge that it is used in cryptocurrency such as BsTC, the general public is not aware of how block chain is actually implemented and used. We were inspired when we read an article about how hospitals were extremely reluctant of sharing patients information with another when that patient switches hospitals. we thought it was weird how the patients themselves can't access their own records easily and why its such a hassle to send your files to your doctor. Its shocking with how far we've gone with technology and medicine but yet we haven't streamlined our bookkeeping to ensure all the data is held in one central database. This is extremely useful in emergencies as hospitals can access the files instantly and know what treatment to give.

Our project, MediLink, streamlines the process for patients needing to view or send their medical records to doctors and for doctors to access their patients' information. Using smart contracts through Ethereum's public network, we would be able to get rid of the time that it would take for doctor's to receive medical records from their patients. This system is ideal because smart contracts work off requirements and once they are met they initiate them immediately and it is impossible to alter the data in these contracts because blockchain is immutable. Along with this, we created a modifier that makes sure that only individuals with the correct credentials are allowed to view people's medical records.

We built MediLink using Solidity, Ethereum's IDE for creating smart contracts. To process all the information that is coming from the numerous smart contracts that would come through, we used Google Firebase and Firestore to authenticate each smart contract that is coming in and sort it into our list of patients, their medical history, and the doctors that have access to patient's medical histories. For our front-end development, we used React to create a website that patients would use to look at their own medical records, as well as be able to send their medical records. The doctors would be able to look at patient's medical records that they have been given permission to look at.

A challenge that our group ran into early on in our project was how to implement a blockchain network that would not allow users to look at every transaction. Our first thought was to use a private blockchain, since only people that were given permission would be even allowed to take part in the network. We didn't end up using a private blockchain because we were not too sure how to share the blockchain with others easily, and did not want to work on the blockchain locally, where the project could only be built on a single computer at a time.

Once we make the multiple improvements needed before going into the beta phase, the main next step would be releasing this software to hospitals and other medical practitioners in order to make accessing patients' data much easier. The improvement that needs to be made is better encryption of the data, adding height to the medical charts, and streamlining the access to data to make data searching more efficient. 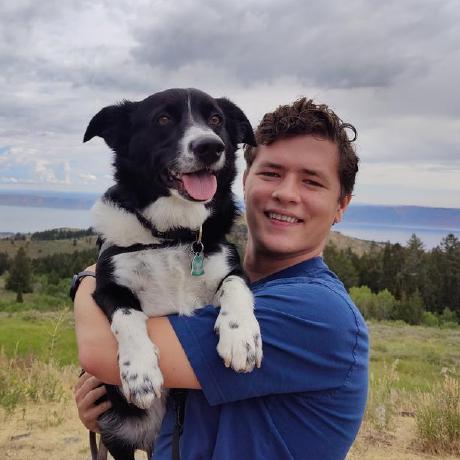 idk where we upload source code