We wanted to solve a problem of urbanization during a hackathon and we proposed to put Qr Code to the palce of street numbers.

After that we have matured the idea by proposing geolocation by QR Code dynamic.

"Getting the Most Out of QR Codes Using URI Schemes

Since browsers can already launch default email clients via a simple mailto URL (browsers have supported URI schemes like these for years), could the same technique be used to offer in-app functionality for other products that have non-native URI schemes and that a QR reader wouldn’t support by default?

The answer is yes!

If the application supported the scheme, and if the user had the app the QR represented installed, it would work beautifully — and it wouldn’t matter which QR-code-reader was used.”

put a form in a messenger bot

An application is in development to be able to use it offline.

Use this location system in Google Maps, Uber and e-commerce sites for product shipments 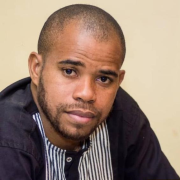