After learning about a shark tank funded business called "I Want To Draw A Cat For You", in which the owner Steve draws cat caricatures for people, we were inspired to do something similar. Sam had the idea to draw mazes using a maze generating algorithm.

We are most proud of the programs ability to actually create a maze in a reasonable amount of time. In order for a maze to be created, we have to be sure it is solvable as shown above. This can take a long time if you don't use a fast algorithm.

What's next for Maze For You: 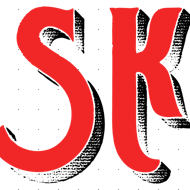