Note: I'd like to be considered for both the Microsoft Prize and Google Engineers' Favorite as well.

Math Rounds is a 2D game that intends to promote interest in math (and leading up to computer science) in children. Math Rounds is a series of challenges that involve (and will be expanded) fighting off enemies, avoiding obstacles, etc. but not by using standard controls but by computing mathematical expressions of increasing difficulty. Each challenge focuses on a certain skillset ranging from addition to multiplication to modulo. The user solves a math problem to make his/her character act in time.

The app's target audience is both elementary and middle school students as well as developers of all skill levels. The reason we say that is though this game is low-level academically, it has a greater purpose than teaching and making math more engaging for children, which is to promote similar edtech creations from the present and future (including fellow students @sohacks) developer community.

Math Rounds is built in HTML5 (and JavaScript). It utilizes localstorage for game saves (hey, at least it's more reliable than cookies!). The mobile ports are built through the Intel XDK for iOS, Android, and Windows Phone (not only games coming to the Windows Store but educational ones). Note that a Tizen export is also possible but wasn't in the time frame of the hackathon and may be a future addition. Outside of the XDK, the app was also ported to a chrome app (not extension) including a custom icon on Chrome OS devices.

PS: You won't see the iOS build(s) in the repo yet because my developer certificate is still being processed, but it's the XDK... Implementation of the Crosswalk runtime is now available through the "IntelXDK NEW". In some cases, project files were ignored in the repo to avoid tempfiles and overwrites but all assets should be present.

My interest in this category of applications probably originated in playing Cool-Math-Games as a child (http://www.coolmath-games.com/). Later on, exhibiting the rise of edtech startups and open learning platforms, such as Codecademy and Khan Academy, really pushed forward my interest in the field leading me to create some of my own, such as EdAllies (http://edallies.com), Art Attack (http://goo.gl/pX4bUr), Saber Cash Manager (described here - http://goo.gl/LcWpMJ), and now Math Rounds! 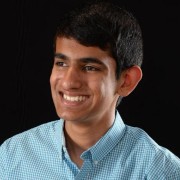